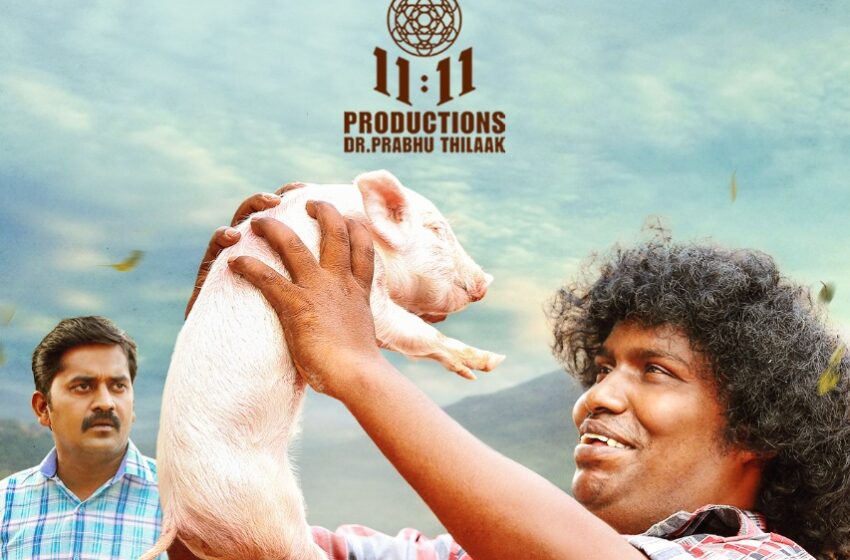 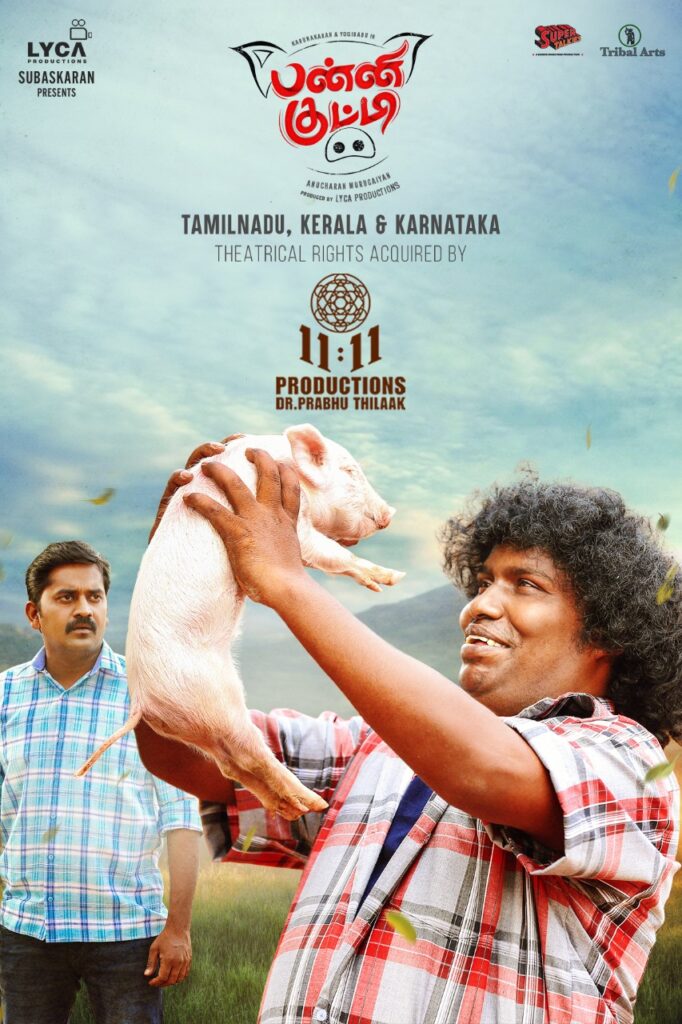 It’s indeed a piece of great news for the entire Tamil film fraternity as the two most reputed production houses far-famed for their novel custom of churning out movies catering to the tastes of universal crowds are collaborating now. Yes, 11:11 Productions owned by Prabhu Thilaak collaborates with Mr. Subaskaran of Lyca Productions for releasing Yogi Babu’s out-and-out comedy caper titled ‘Panni Kutty’ in Tamil Nadu, Kerala, and Karnataka.

Sharing the good news, Mrs Shruthi Tilak, the co-producer and the director, 11:11 Productions says, “We, 11:11 Productions, are truly happy to be associated with Lyca production for the release of Panni Kutty in Tamil Nadu, Kerala, and Karnataka. As a company, our desire to deliver quality entertainment to film lovers will well be appreciated by bringing this ‘out-of-the-box comedy flick to the big screens. We are sure to make the theatres a laughing hub with this comedy family entertainer. 11:11 always considers it as a privilege and blessing to make the film lovers laugh their heart out and remember this flick for times to come …”

Pannikutty is directed by Anucharan and is produced by Lyca Productions, which is acquired by Dr. Prabhu Thilaak of 11:11 Productions. Apart from Yogi Babu, the film has an ensemble star cast comprising top league comedians like Karunakaran, Dindugal Leoni, Singam Puli, Vijay TV fame Ramar, Thanga Durai, and a few more familiar actors. The film has a musical score by K and cinematography handled by Sathish Murugan N. Ravi Murukaya has written the story, and has penned screenplay along with director Anucharan. Fire Karthik is the stunt choreographer, MR Rajakrishnan (Audiography), Murugan (Stills), M Sivakumar (Production Manager), Sameer Bharat Ram (Executive Producer) are the others in the crew.