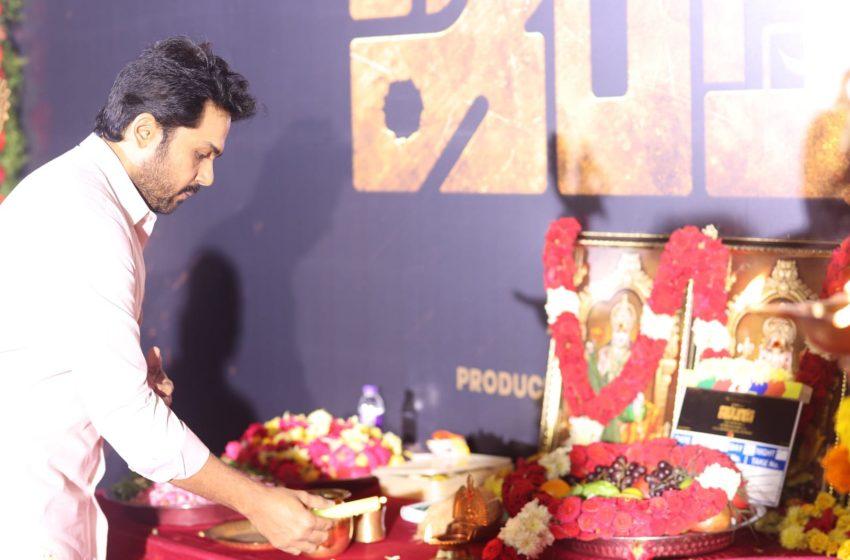 Director Raju Murugan has been proving that entertainment and social responsibility can go hand in hand through his films which were about never seen before characters, their problems and solutions that upholds societal values. Like his, ‘Joker’, produced by SR Prakashbabu and SR Prabhu for Dream Warrior Pictures, which won the National Award for Best Film in Tamil. Now the same combo forays again for ‘Japan’.

Since his debut as a hero in 2007, actor Karthi has made a mark for himself and has won the hearts of millions of fans with his Entertaining yet Unique films. 2022 proved to be yet another promising year for him where he scored 3 consecutive Superhits.

After 5 superhit films, ‘Saguni’, ‘Kashmora’, ‘Theeran Adhigaram Ondru’, ‘Khaidhi’ and ‘Sultan’, Karthi reunites with Dreamwarrior pictures for the 6th time for ‘Japan’. The fact that this is Karthi’s 25th film has made this venture even more special.

Anu Emmanuel is paired opposite Karthi for the first time. Hero turned comedian, Actor Sunil, played the role of ‘Mangalam Seenu’ in Allu Arjun’s ‘Pushpaa’ last year, Sunil is making his tamil debut in ‘Japan’ as one of the main characters.

With 25 years of experience as a cinematographer in tamil film industry and after proving his mettle as a director in films like ‘Koli Soda’ and ‘Kadugu’, Vijay Milton makes his acting debut with ‘Japan’.

GV Prakash Kumar, who won the 2020 National Award for Best Background Score , is composing the music for the film. Karthi-GV Prakash combo has always been well received by the fans. Hence GV is putting his best effort to extend the success streak. Cinematographer Ravivarman is working with Karthi again after the success of Ponniyin Selvan.
Philomin Raj, who has been garnering praise with films like Managaram, Khaidhi, Taanaakkaaran and Vikram will be incharge of the editing. Vinesh Banglan, the National Award-winning production designer (Kammarasambhavam) is taking care of the production design for Japan.

The Grand Pooja of the film ‘Japan’ was held on Tuesday (8.11.2022) morning with many celebrities attending the event and wishing the team success. The first schedule of shooting will begin soon. Director Raju Murugan has been personally handling the pre-production work of this film with atmost care.

The trio of Rajumurugan – Karthi – Dream Warrior Pictures have already created enough buzz among audience with expectations mounting. The crew is confident that ‘Japan’ will surpass the fans expectations and will set a new bar.

First look of ‘Japan’ will be released soon.