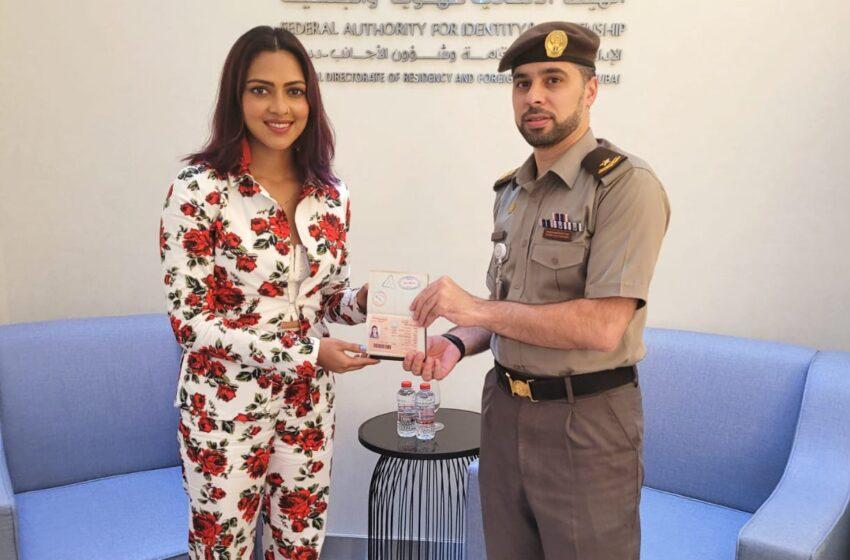 The year 2021 has been a beautiful moment for actress Amala Paul as she was able to explore her potentials in the new domains like anthology based movie ‘Kutty Story’ and being the first-ever South Indian actress to be a part of a Netflix Original titled ‘Pitta Kathalu’ that won her incredible praises. The actress is currently working on many projects among which one of them titled ‘Cadaver’ stole the spotlights for her mind-boggling appearance in the first look poster. With this New Year having lots of good moments already lined up for her, the actress has found yet another reason to celebrate as the Dubai Government has given her the Golden Visa. Sharing the good news, Amala Paul says, “ I am very happy and feel privileged for getting such an honour. I feel like a part of Dubai now. This blessed land has been one of my favourite places, which I keep visiting often. It’s not just about the beauty and luxurious aspects, but the vision and motto of every individual in the country, which is purely constructive and positive. The people are amazing there. I thank Dubai Government and all the officials, who worked towards endowing me with this amazing privilege.”

On the professional front, actress Amala Paul is simultaneously working on various projects – Cadaver, Aadu Jeevitham, Adho Andha Paravai Pola, and many more that are scheduled at different stages of production. More than all, she makes her debut in Hindi with the web series titled Ranjish Hi Sahi. It is worth mentioning that the teaser that was recently revealed is garnering a phenomenal response.