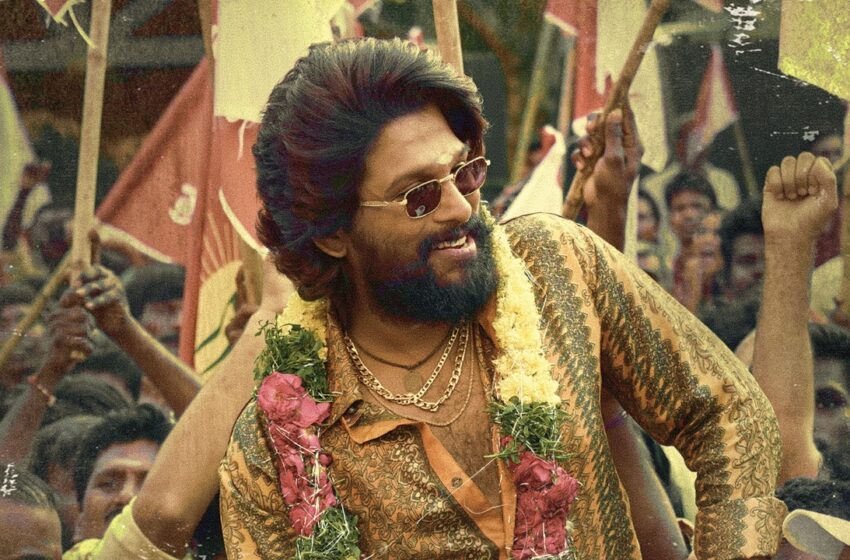 Impressed with the entire team’s hard work for his upcoming film Pushpa, Allu Arjun has gifted one thulam (11.66 grams) worth gold coin to each of the core 35-40 members in the team. Not just that, he has given Rs 10 lakh to the entire production staff.

This gesture of the actor, hailed as Stylish Star, has won the admiration and praise of not just the cast and crew of Pushpa and his fans, but also general audience and public.

Allu Arjun was so touched with the dedication and efforts of each and every member of the team of Pushpa. Hence, he wanted to honour them with gold and cash gifts. And, he wasted no time in converting his thought into action, say circles close to him.

Pushpa: The Rise, the first part of the Pushpa franchise, is all set to hit the screens on 17 December 2021 in Telugu, Tamil, Malayalam, Kannada and Hindi. The multilingual film is being released by Sri Lakshmi Creations in Tamil Nadu.

The action thriller is written and directed by Sukumar. Produced by Mythri Movie Makers in association with Muttamsetty Media, the film stars Allu Arjun as the titular character alongside Fahadh Faasil and Rashmika Mandanna.

The plot is based on the red sanders smuggling in the Seshachalam Hills of the Rayalaseema region of Andhra Pradesh. The film’s music is composed by Devi Sri Prasad, with cinematography and editing performed by Miroslaw Kuba Brozek and Karthika Srinivas respectively. Madhan Karky has penned the Tamil dialogues. The recently released trailer of the movie has gone viral on social media platforms.