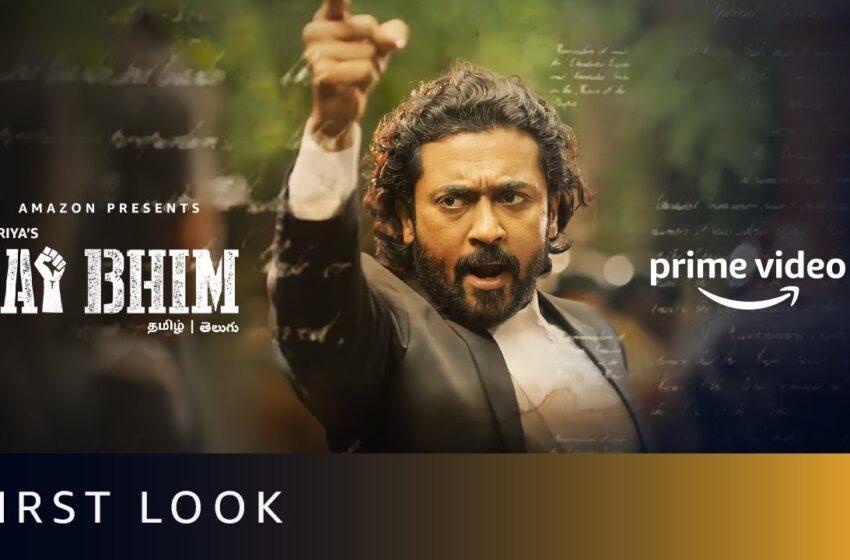 Amazon Prime Video today unveiled a captivating motion poster for the global release of the courtroom drama Jai Bhim. The film which releases this Diwali, on 2nd November in India and across 240 countries and territories, is written and directed by Tj Gnanavel and produced by Suriya and Jyotika under the banner of 2D Entertainment. Taking the excitement up a notch, the highly-anticipated film has the superstar Suriya play the character of a lawyer.

The motion poster gives an impactful glimpse into the narrative and offers an animated tour through a court room with portraits of great personalities. It also gives us a sneak peak of Suriya’s character in the film. It sure does raise anticipation levels for the upcoming courtroom drama, which releases this Diwali.

Jai Bhim features an ensemble cast of actors like Prakash Raj, Rao Ramesh, Rajisha Vijayan and Lijo Mol Jose, Jai Bhim has music by Sean Roldan and has been co-produced by Rajsekar Karpoorasundarapandian. Jai Bhim will release in Tamil and Telugu on 2nd November exclusively on Amazon Prime Video.