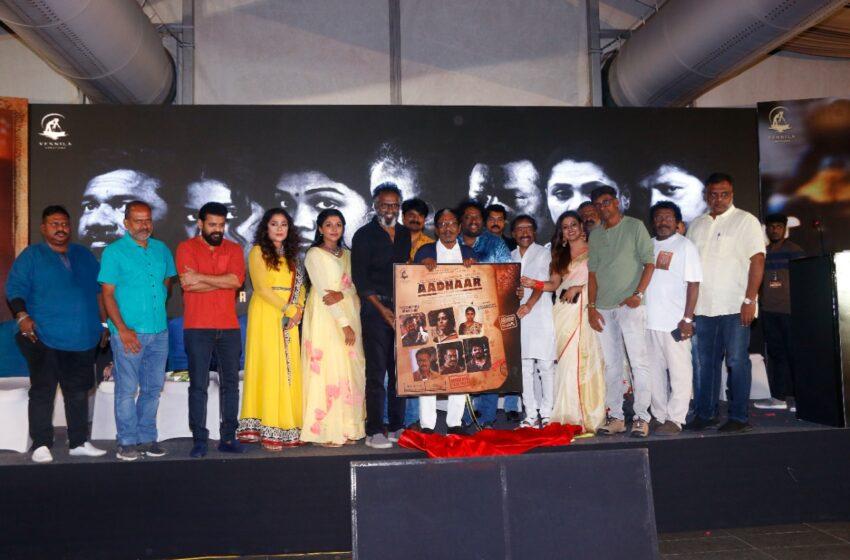 Karunaas starrer Aadhar had its audio and trailer launch today herein Chennai. Veteran producer-actor-filmmaker Arun Pandian, filmmaker Ameer and Filmmaker Bharathiraja, who were present for the occasion entered into a verbal confrontation. 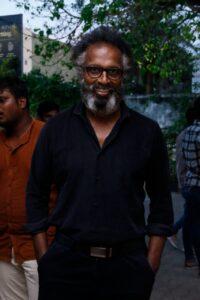 Filmmaker Saravanan, while addressing the crowd said that Tamil cinema is going through golden phase and it’s a heart-warming scenario. Soon after this speech, Arun Pandian expressed his grief over the current devastating situation in the Tamil industry as the leading actors are craving and demanding more remuneration. This has hampered the progression of Tamil movie industry. “The Golden period was the phase where veteran filmmaker like Bharathiraja and me along with others was making good movies. 90% of the budget would go into the making of the movie, and 10% was the remuneration. However, the tables have changed now and vice-versa, which has impacting adverse results upon the industry. This is the reason, why Kannada and Telugu industry are far-ahead of Tamil.”

Later, director Ameer, who didn’t listen to the speech of Saravanan, started alleging Arun Pandian for his speech. He said, “We have already proved our top-notch caliber from the times of Chandralekha followed by Aayirathil Oruvan and many flicks. So, the term ‘Lagging’ behind is the not the right word.” Arun Pandian instantly gave a strong reply stating that those facts are acceptable, but still, the current scenario is not the same.”

Director Bharathiraja stated that Tamil cinema is currently making some good attempts that will retrieve and escalate our stature.