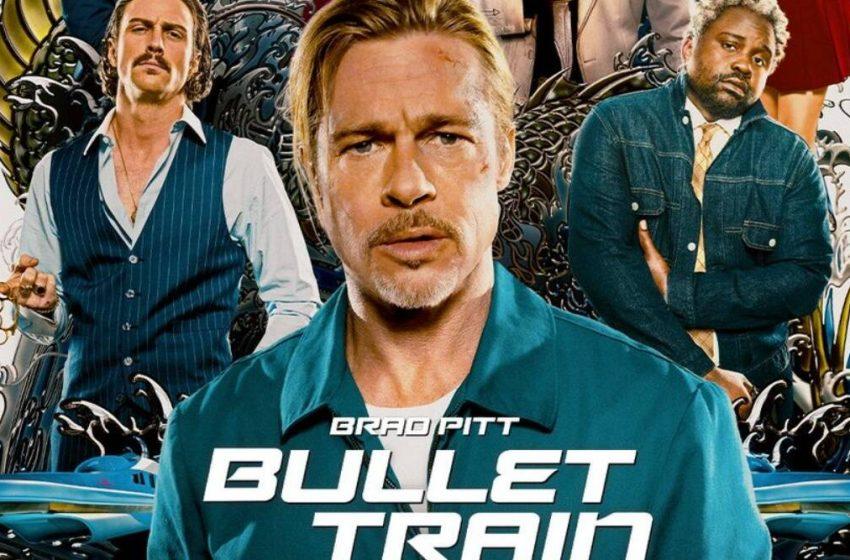 Hop on the Fastest Train with Brad

Bullet Train is an action and comedy adventure set in Japan on a bullet train. Ladybird (Brad Pitt) is an unlucky assassin, whose recent missions haven’t been very successful. While on a path of self-discovery and enlightenment, he is persuaded by Maria Beetle (Sandra Bullock), and with much reluctance, he accepts the mission.

Ladybird gets on the train, and while trying to deliver the suitcase he crosses paths with other assassins. The twins, Tangerine (Aron Taylor-Johnson) and Lemon (Brian Tyree Henry), The Wolf (Bad Bunny), The Hornet (Zazie Beetz), and the teenager called Prince (Joey King). All those on the train fighting to deliver the suitcase aren’t aware that the mission was set up by the antagonist The White Death (Michael Shannon) for the assassins to assassinate each other as a form of revenge. This superlative is action-packed with a perfect combination of comedy and dark humor. Each character connects and develops to share stories of events from the past. The movie doesn’t wait until midway to show how each one is connected to the climax. He/she introduces themselves, narrates their past, and carries on with the mission.

Aaron, Brad, and Brain (Tan, Ladybug, and Lemon) despite loggerheads at the start, decide to support and stand up against The White Deaths Men waiting at every train station stop. Towards the end Ladybug, Lemon, Yuichi Kimura (Andrew Koji), and The Elder (Hiroyuki Sanada) defeat The White Death’s team of assassins. 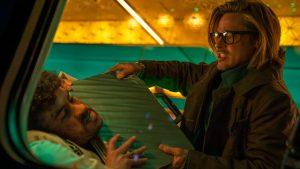 The movie gives the vibes of Kill Bill, Deadpool, and John Wick. Bullet Train has one of the best plot twists in the movies released this year. It keeps the viewers engaged in trying to figure out who is The White Death and the reason behind assassinating the assassins. A very high entertaining movie, with each actor having a good screen prominence. And there is some real hotness of guests appearances. The action and fighting sometimes can get gory with all the blood-splitting body parts. This movie is worth watching and I give it a 7-8 rating. Brad Pitt should do more movies like this.

The movie was directed by David Leitch.

Bullet Train is showing at all Scope Cinemas, enjoy your favourite movie with some great snacks like shawarmas, beef/chicken bolognaise toppers, and the peri popcorn to add spice to the action.