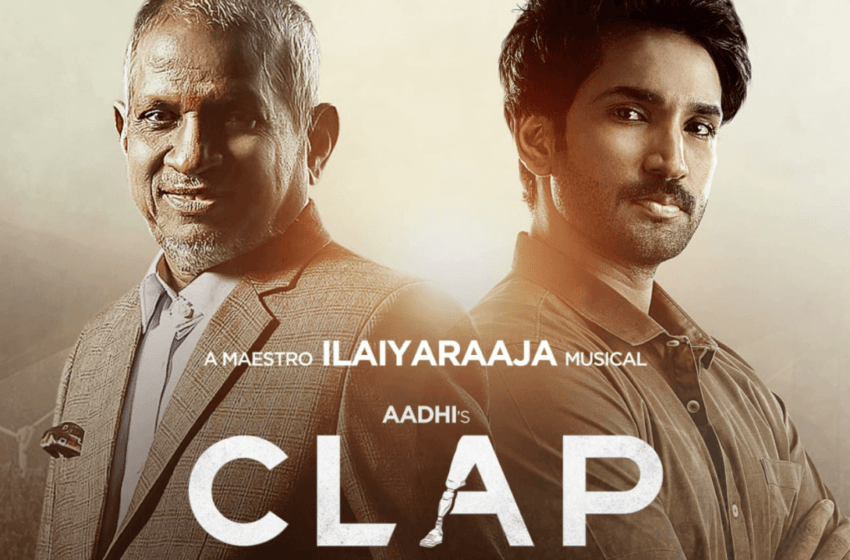 Actor Aadhi Pinisetty starrer “Clap” directed by Prithvi Aditya is streaming on SonyLIV. Here’s a complete analysis of the film.

After losing his father (Prakash Raj) in an accident, the reigning athlete (Aadhi) has retired from sports with his amputated leg. He is into a clerical job, and his family life comprising his wife (Akansha), who he once loved madly is not going good due to his stubbornness. However, his life takes a turn and he is urged by situations to train a talented athlete (Krisha Kurup) to win the championship. When his brutal opponent (Nasser), now the President of sports and Athletics Department plays a spoilsport, he decides to train the girl himself. But will he succeed by fighting against myriad odds on the way?

A couple of factors instantly steal our attention in ‘Clap’. The first one is the stellar performance of actor Aadhi and the other one is the directorial proficiency of Prithvi Adithya… Actor Aadhi is always at his best when given a role that has vast scope to perform. He has unceasingly proved his caliber of best performances. Apparently, he has delivered excellent acting in ‘Clap’. One particular scene, where he screams out of unbearable pain due to amputated legs is brilliant. The stubbornness he maintains throughout the film through his limited facial expressions and body language and in contrast to the lively dimension in the flashback is appreciable. Krisha Kurup has worked a lot to nurture her characterization with so much effort. During most of the scenes are expressions are mainly through her eyes. Be the insecure moments, or the helpless events, especially in helping Aadhi overcome his trauma or the joyful relishing, it is completely through her eye expressions. It’s great to see Munishkanth perform a vital role after a long hiatus. Such scenarios clearly register it’s the director, who is responsible in elevating the status of the actor by offering them good characterizations. Nasser as the antagonist does complete justice to his role. Prakash Raj with his limited cameo makes an impressive spell. Akansha as Aadhi’s wife sticks to complete perfectionism. Director Prithvi, yet again deserves special mention for keeping this character inclined to the sports field, which significantly, keeps her inside the premise rather than a blink-n-miss role. The emotional aspects are very exhibited by Akansha, especially the pain she withholds within her heart due to her husband.

There are few moments that Prithvi could have avoided. The scenes like Aadhi being bashed inside the president’s room by bouncer-like securities are unwanted. It looks like purposely inserted for the sake of commercial cinematic formula. Or else, he has done a commendable job. His detailing and research work is extremely well. He has taken scrutinizing efforts in crafting even little elements professionally.

The musical score by Maestro Ilaiyaraaja is the biggest plus. The melodious songs and the BGM gives us a serene and emotional impact. The cinematography is very well done. We don’t spot the routine cinematic approach of showcasing the athletic racing scenes, but it’s so natural as we see a live relay in the sports channels.

On the whole, Clap definitely deserves a watch for the intense story, gripping screenplay, and outstanding performances of the actors.

Verdict: Clap owns a plot that might look familiar, but the gripping screenplay and colossal performances of actors make it an excellent package.