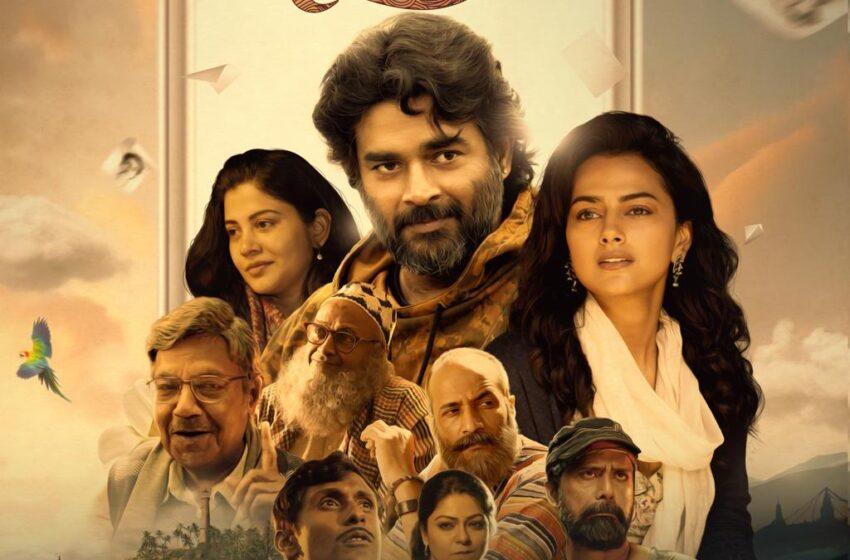 Colors Tamil, the fastest growing GEC of Tamil Nadu, is delighted to announce the World Television Premiere of blockbuster movie Maara this weekend.

The new-age romantic-drama, starring Madhavan and Sharadha Srinath, narrates the journey of a young-woman and her quest to hunt out a free-spirited artist to unravel the perils of his life. Premiering on Sunday, 6th March 2022 at 4:30 PM, the movie is brought to your screens as a part of Colors Tamil’s Sunday Cine combo.

This feel-good tale revolves around Parvathy (Shraddha Srinath), a restoration architect who travels to a tiny seaside town in Kerala for a project while dodging a marriage proposal at home. She discovers a fairy-tale she had heard as a kid painted all over the town. Eventually she learns that an artist named Maara (Madhavan) had done the entire artwork. Maara, a free-spirited traveller and artist, finds happiness in the small things in life. The rest of the film follows Parvathy’s journey to find Marra and all the people she meets during her quest.

Actor Madhavan said, “Maara is a film close to my heart and an important film in my career. I’d like to thank the Director Dhilip Kumar for a magical story that was soulful and refreshing. The film is an absolute feast for the eyes and ears. Sharradha’s acting prowess and her ability to bring the character alive on screen will make for a spellbinding watch. I’m looking forward to watching the film on Colors Tamil with my family this Sunday.”

Commenting on the launch, Director Dhilip Kumar said, “Maara will always hold a special place in my heart. It has left a mark on my path as a filmmaker. I am both pleased and amazed that my debut film will be seen by a wide range of people owing to its World Television Premiere on Colors Tamil. We have put in a lot of effort into this picture as a crew, and I am confident that viewers will be able to identify and empathize with every character in the film.”

Adding to this, Actor Shraddha Srinath said “I am thrilled and excited for the world television premiere of Maara on Colors Tamil. The movie was well-received when it was briefly released on a popular OTT platform. The premier will take the film to a larger audience and I’d like to thank Colors Tamil for this. Maara will leave an impression on each and every one with its rich visuals and soulful music. Madhavan’s charm all and keep them hooked to their screens.”