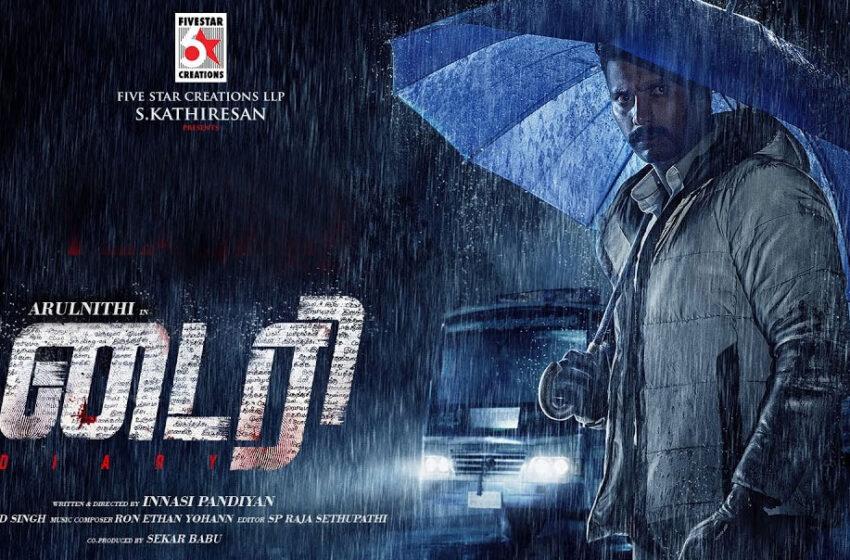 Actor Arulnithi, who managed to deliver back-to-back content-driven movies like Déjà vu and D Block, is back with yet another movie based on unique plot. ‘Diary’ is about a mystery revolving around a bus that commutes from Ooty to Coimbatore. The movie is directed by Innasi Pandiyan and is produced by S Kathiresan of Five Star Label.

The movie opens with protagonist (Arulnithi) going through his training period as Sub-Inspector. He along with his other mates in the batch is assigned to investigate long pending unresolved cases. He chooses a dacoit based case in Ooty, which remains a mystery for 16 years. During the process, he is urged by the situations to get into the last bus travelling from Ooty to Coimbatore at midnight, where the actual conflict of mystery, twists and turns happen. 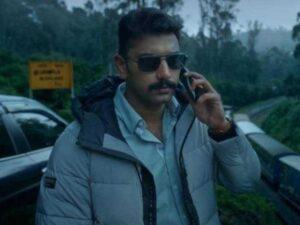 Revealing a lot from the story would be a spoiler alert, and hence, we would like to refrain from listing out instances from the movies. The first major aspect of attraction is the basic gist of this movie. During the second half, we come across the lead characters discussing about a similar incident that happened in real life, somewhere in China, where the conflicts occurred between theory and hypothesis. The first half is narrated with decent storytelling, where the introduction of conflict, description of characterizations and every aspect looks gripping. Say for instance, the three burglars killing a honeymoon couple for jewels and hoping on to the bus, and the actual mystery in the hotel is a commendable twist. Similarly, the scene, where Sha Raa speaks about ‘Thala’ reference and the bus conductor not knowing about the identity is a smart trick. He has very well understood the theatre pulse without compromising with the logical factors. The twists during the interval and climax twist are appreciable.

After Mouna Guru, Arulnithi hasn’t actually delivered a power-packed performance, but what makes him so special is his choice of scripts

that undoubtedly lets him acquire the title ‘Content-Driven Actor’. He proves it yet again with this movie. Pavithra is good with her role and has given a dedicated performance. Jayaprakash, Shah Raa, Chams and others have done their roles properly.

The cinematography is one of the greatest strengths and BGM too works good enhancement for the movie.

Now with the flip side, there are very little points to mention, which actually doesn’t hamper the screenplay. The director’s ability to offer good twists at regular intervals eclipse minute logical issues.

Verdict: Gripping mystery-thriller with unexpected twists and turns keeps you focused throughout the show. 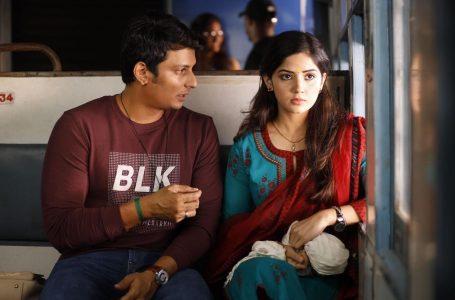 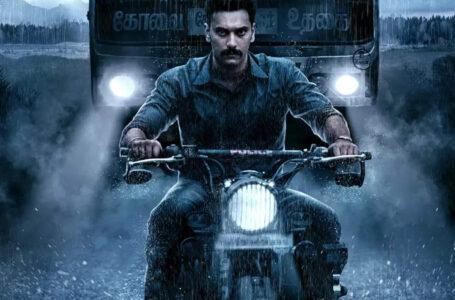