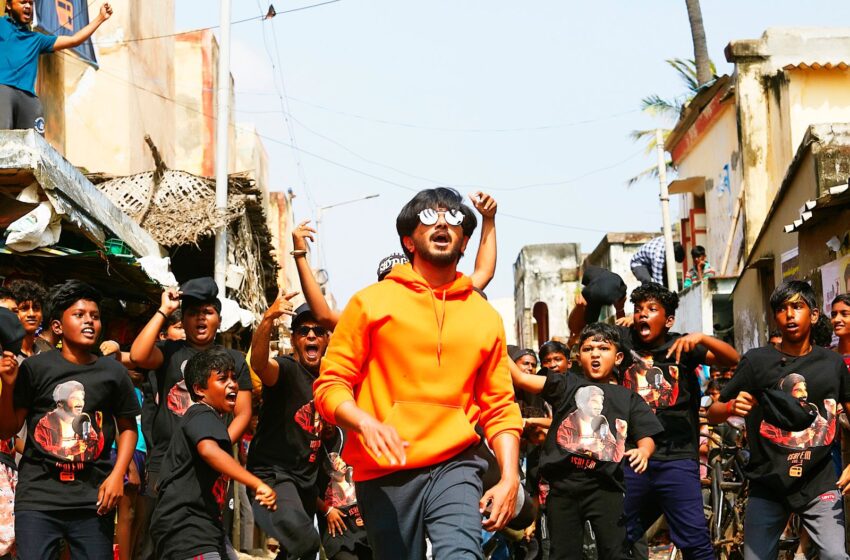 Dulquer Salmaan is undoubtedly a multi-faced personality who dons many hats as an entertainer. For his upcoming Tamil film Hey Sinamika, the actor has not only sung a song for the first time in Tamil but also showcased his eclectic dance moves in a never seen before avatar. So as a treat to all DQ fans, the makers have now released the lyrical video of the song while the high energy number featuring the actor will be releasing soon!

Dulquer who has sung the song for the first time in Tamil heard the song Achammillai a couple of times and recorded it in just one and a half hours! Before singing the song, Dulquer clarified his Tamil pronunciations with lyricist Madhan Karky, post which he was ready for the recording.

Talking about the same, debutant director Brinda Master says, “I was clear from the beginning that I wanted Dulquer to sing this song. But our music composer Govind Vasantha and I were also a bit apprehensive because Dulquer, though he is a good singer, has never sung in Tamil before and the lyrics are a bit tough and the pace of the song is very fast. But when we suggested to Dulquer that he should sing this song, he agreed readily. … The song required a swag and attitude which only professional rappers can do, but Dulquer managed to do that with ease. Dulquer has sung the song with gusto and has put his full energy and soul into the song. ”

Produced and Presented by Jio Studios, associate producer Global One Studios, Hey Sinamika is slated to release in cinemas on 25th February 2022.