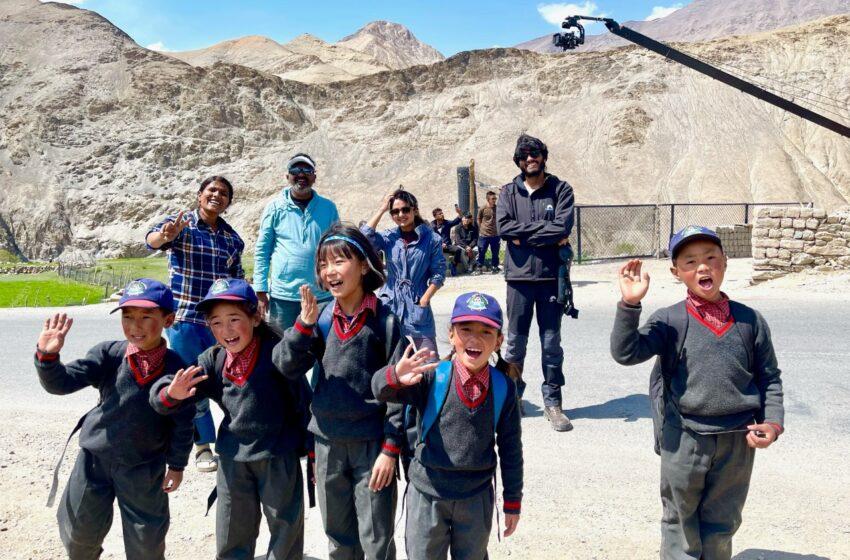 Filmmaker Halitha Shameem has proved her credibility as a filmmaker of unique ideas and premises. While most women filmmakers would choose the female-centric and strong content-driven plots, Halitha has won the hearts of universal crowds for her feel-good Rom-Coms and outstanding breezy entertainers. Her esthetically presented movies like Sillu Karupatti, Aelay, or a deep emotional movie “Loners”, a part of Amazon Prime Video’s anthology titled Putham Pudhu Kaalai Vidiyaadha have enchanted us with a promising approach. What’s more intriguing about the filmmaker is her never-ever attempt in the movie industry to shoot a movie for 7 years for a purposeful result. It’s all about her ambitious project ‘Minmini’, which kick-started its shoot 7 years (2015). The story, belonging to the coming-of-age genre demanded the lead actors, who are kids, to be seen as adolescent teens. Significantly, she shot the childhood portions in 2015 and left a huge gap of 7 years to see them grow and have a mature look. She has now resumed the shoot now, which has turned the spotlights of not just K-Town, but the other regional industries, who are in awe of her sheer commitment, confidence, and dedication to this project. With a team comprising talented actors and top-notch technicians like cinematographer Manoj Paramahamsa involved,Raymond Derrick Crasta is the editor, Halitha believes that they have been the strongest support in letting this project happen. Besides, he has produced this movie as well. It is noteworthy that few movies have been stalled, paused, and resumed due to natural calamities, financial issues, and so on, but ‘Minmini’ is the first-ever movie to be made with so much of intense planning to make sure that the story looks purely natural and realistic.

Minmini features Esther Anil (who played Kamal Haasan’s youngest daughter in Papanasam), Pravin Kishore, and Gaurav Kaalai in the lead roles. It is noteworthy that Pravin and Gaurav had already been a part of Halitha’s previous movie Poovarasam Peepee.

Minmini is produced by cinematographer Manoj Paramahamsa along with Anchor Bay Studios.