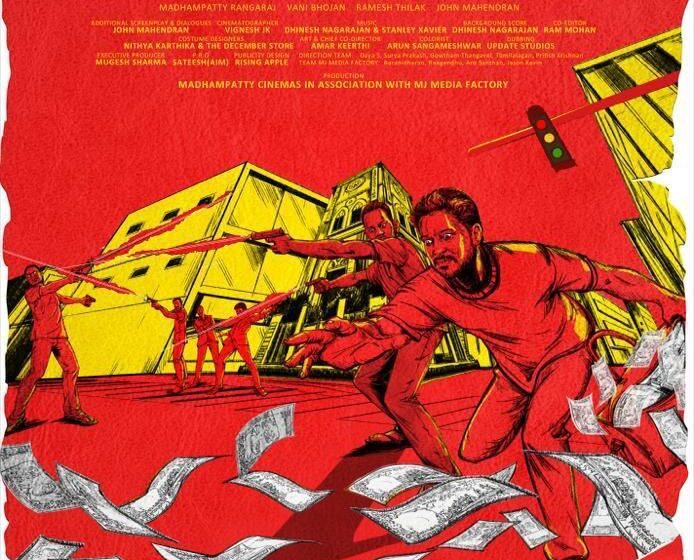 Madhampatty Cinemas & MJ Media Factory are jointly producing the movie ‘Casino’, directed by Mark Joel, which features Madhampatty Rangaraj and Vani Bhojan in the lead characters. Director Vignesh Shivan has launched the first look of this movie, which has garnered a good response.

The story revolves around a new-fangled premise of gripping and thrilling incidents inside a building over a single night. Since the theme itself is fresh and new, the makers have attempted to exhibit the same essence with the first look, which is a comic format. It displays a gunfight in a group, and a character rushing to grab hold of huge money. Significantly, this outstanding pictorial representation assures audiences that it will keep them at the edge of their seats for those scenes in the full-length movie. The fans are acclaiming this fresh and new-dimensional concept-based first look.

The entire movie, filmed during the night hours in Coimbatore, has 70% of the sequences shot inside a building.

The official announcement regarding the teaser-trailer-audio launch and the worldwide theatrical release date will be made shortly.