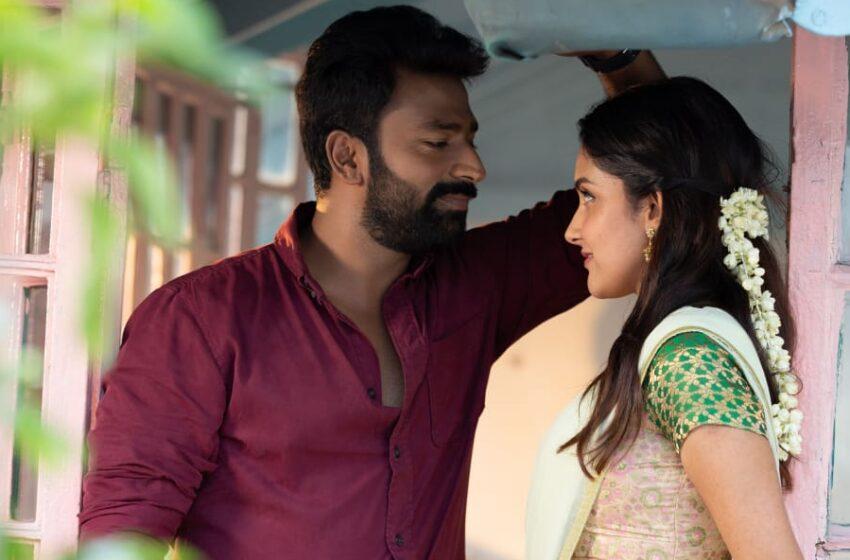 Feel good romantic music video ‘Gundumalli’ starring Shanthanu Bhagyaraj and Mahima Nambiar in the lead, directed by Aadhav Kannadhasan, produced by Ram Prasad and Sharan under the banner MKRP Productions has released in Tamil and Malayalam today by Saregama Originals.

Teaser of the song was released on 25 December in both the languages.

The attractive number is set in the backdrop of a betrothal. The lyrics are catchy, the visuals are vibrant and the music is pleasant.

While Shanthanu is handsome and energetic, Mahima Nambiar steals the show with her expressions.

Music for the song is by Jerard Felix who has also sung the Tamil version along with Nithyashree.

It is to be noted that it was Jerard Felix who had composed DMK’s Assembly election campaign song ‘Stalin thaan vaararu’ which was a huge hit among the masses.

The Malayalam version of Gundumalli has been crooned by K S Harisankar and Nithyashree. Tamil lyrics for the song are by Vivek Ravi and the Malayalam lyrics have been penned by Rafeeq. The lines have beautifully brought out the feelings of a couple who are all set to enter wedlock.

The technical crew comprises cinematographer Madhesh Manickam, editor Karthik Manorama, art director Dinesh and choreographer Gayathri Raguram. The song has got all the qualities to strike an instant chord with the viewers.