Every time, everyone’s favourite Suriya comes onscreen, he mesmerises and grabs the audience’s attention with his mere presence. Now with Jai Bhim, his upcoming courtroom drama hardly four days away from a global premiere on Prime Video, Suriya is all set to steal millions of hearts once again. Entertaining us with his power packed and versatile performances for over two decades, the actor is eager to give back all the love that he has received from his well-wishers and fans all across the world.

While talking about how Jai Bhim was one of the most challenging films of his career, Suriya said, “It’s been close to 24 years that I have been working in the industry. We have seen a lot of highs and lows, but my fans and movie lovers have always stood by me. They’ve really had a lot of trust and they have put in a lot of belief in me. This trust that they have placed upon me has built a beautiful relationship between me and them. I only want to give back this love by doing good films.” 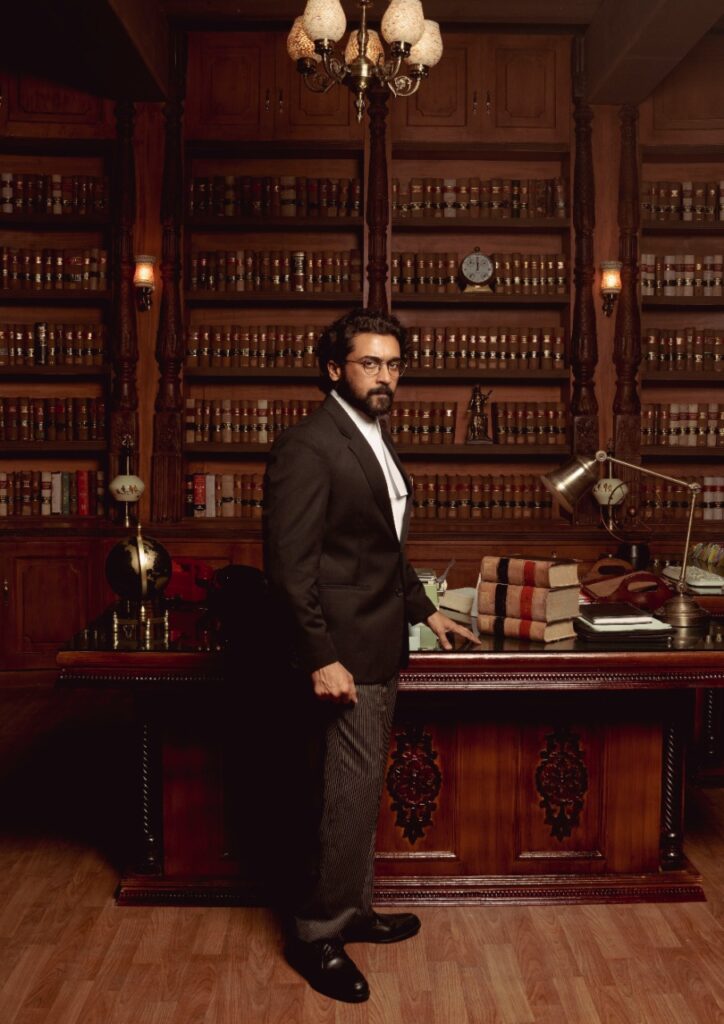 Adding further to the experience of working in Jai Bhim and his role as Advocate Chandru, Suriya added, “This film is not in my comfort zone. It does not fall into the layout or pattern or sketch that any of my previous films were. The whole pattern, storytelling, or the actors involved, the emotions in it, will be a little intense. It’s just not entertainment, but it will definitely move and impact you. The recall factor after watching this film, I’m sure will be remembered for a long time. It is definitely a huge responsibility but a good one to take on. I just want to deliver better films for my audience.”

‘Jai Bhim’ is a thought-provoking story based on true events that happened in the 1990s in Tamil Nadu. It is written and directed by Tha. Se. Gnanavel and features popular actor Suriya in the lead along with Prakash Raj, Rao Ramesh, Rajisha Vijayan, Manikandan, and Lijo Mol Jose in pivotal roles. Jai Bhim has been produced by Jyotika and Suriya under the banner of 2D Entertainment. Co-produced by Rajsekar Karpoorasundarapandian, Jai Bhim has music by Sean Rolden. The team behind this film also includes DOP SR Kadhir, Editor Philominraj, and Art Director Kadhir.