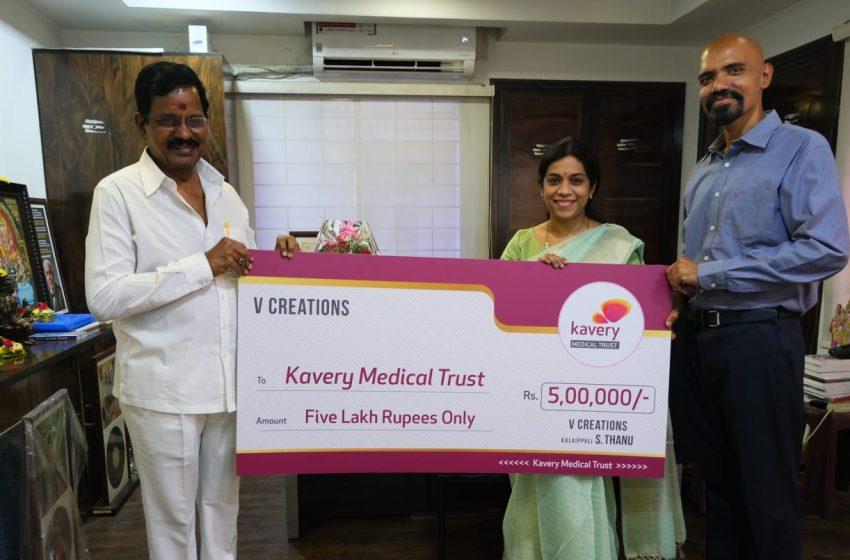 The woman, who is a single mother, was diagnosed with interstitial lung disease which led to scarring of lungs over the last two years. Currently she is awaiting a Dual Lung Transplant, and has been registered with the Transplant Authority of Tamil Nadu (TRANSTAN).

Mr. Thanu, owner of V Creations, had contributed Rs. 5 lakhs to the patient’s family towards her treatment.

Kauvery Hospital has subsidized the total cost of the transplant and is also looking forward to raising funds from more donors.