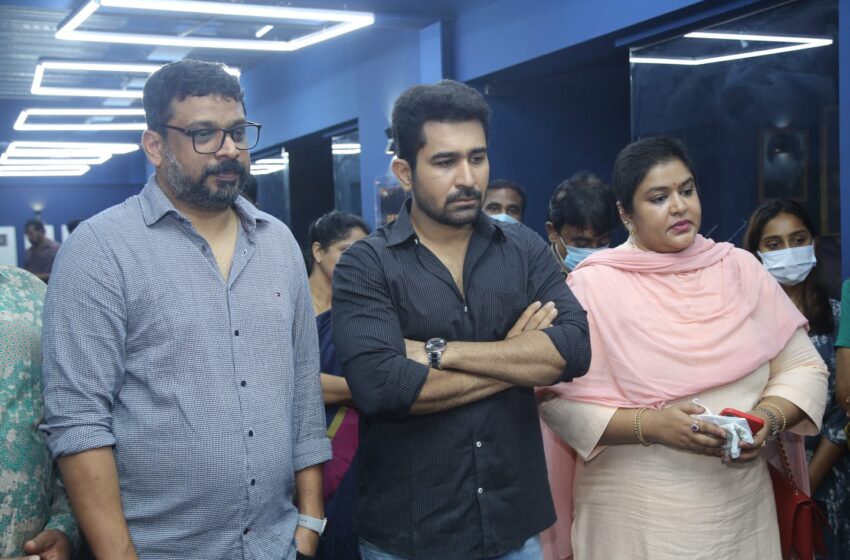 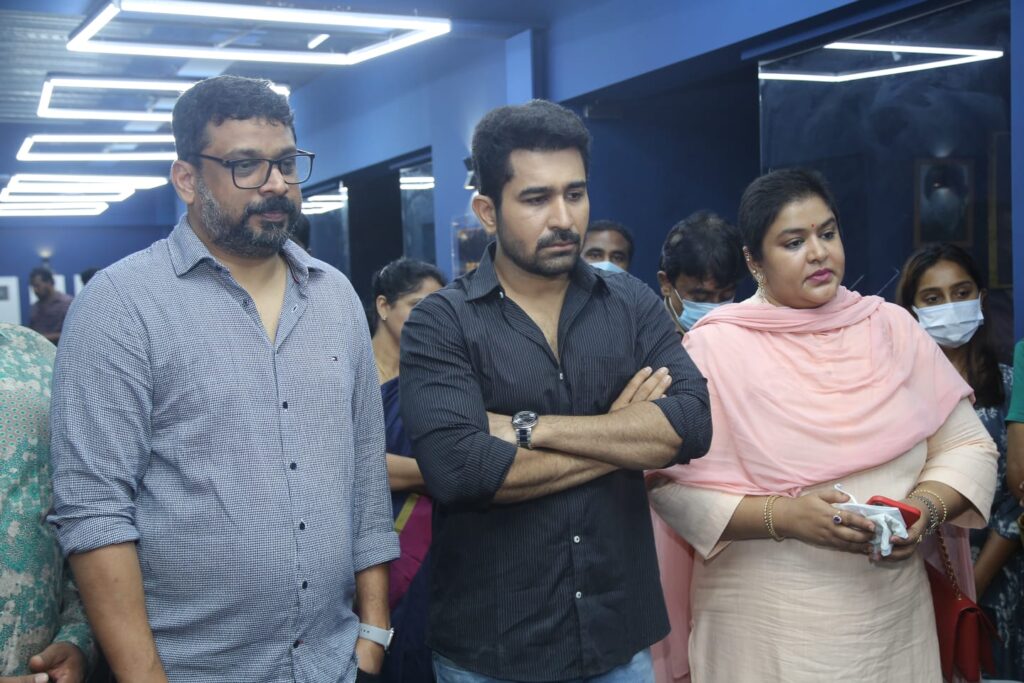 Actor Vijay Antony’s forthcoming movies have created big expectations across the trade circle. Precisely, his movies have been consistently winning the hearts of audiences for stories that are relatable to them, and his spellbinding performances. A recent example is ‘KODIYIL ORUVAN’. Moreover, he has become a producers’ delight not alone for the fact that his flicks are spinning big profits, but his discipline, punctuality, and dedication that lets the crew wrap up the shoot as planned. Furthermore, he has become the busiest actor in K-Town as he keeps shooting round the clock without any break. It is obvious that the trade circles have already declared the year 2022 as a profitable phase as movies which are stream lined in order are scheduled for release. During this juncture, the shooting of his new project directed by ‘Tamizh Padam’ series fame CS Amudhan commenced this morning (November 25, 2021) with a Pooja ceremony. The occasion was attended by the cast and crew members of the film.

Filmmaker CS Amudhan who owns a unique caliber of creating a new genre in the Tamil movie industry with his ‘Tamizh Padam’ franchise, and with this film, will enthrall audiences with a different stroke.

The producers Kamal Bohra, G. Dhananjayan, B. Pradeep & Pankaj Bohra of Infiniti Film Ventures have evidently become the role model for many aspiring and even the reigning producers of contemporary times. They have clearly registered with their action that producers’ task isn’t just about funding a project but ensuring a smooth release with perfect marketing and publicity works.

The talks are going on with a top league actress to play the female lead role, and the official announcement regarding this will be made soon.