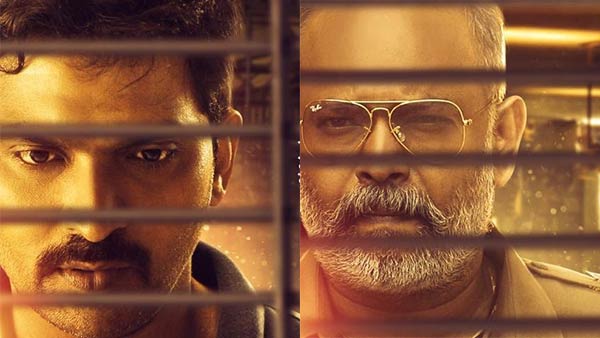 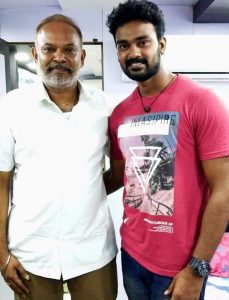 “Lock Up” an investigative thriller movie from the production house  Shvedh – The Cinema people owned by actor Nitin Sathyaa, debuntant director S Charles – protégé of Mohan Raja .  The movie stars Vaibhav Reddy and Vani Bhojan in the lead , Venkat Prabhu portrays shades of gray ; along with Eswari Rao Poorna, mime Gopi, Vijay Muthu and Jai Anand among others.
Musical Scored by Arrol Coreli, Santhanam sekar as director of photography ,edited by Anand Gerald. “ Lock Up”  has completed post production and awaiting release date.
Jai’s desire to play a Villainous role in an action, thriller movie has come true ; even though there are only a few scenes he chooses “quality over quantity” with  deep connection of friendship and emotions.
Jai shares his fair stake of the movie industry and states that it is only common among aspiring director’s to promise considering him in their debutant movie but only  SG Charles stuck to his commitment which is rare in this industry and also emotes that he blames no one. It was during the release of the movie “ Velaikaran” ; Charles was planning debuntant movie and offered a meaty negative role only to fizzle in the early stages due to varied reasons but Jai considered it as a good omen and encouraged Charles on his next venture.
Almost after 6 months , Jai received a call from Charles stating he has currently signed a movie with Vaibhav in the lead and surprised me with a negative role as he promised. During this same time Jai was playing the lead role in the movie “ Oonai Kootam” to which Charles responded that Jai should not venture in negative roles at this point which Jai also was in agreement to. 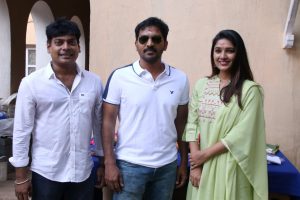 Upon pondering over Jai felt that it was the need of the hour that he honour Charles for sticking with his commitment only to call back Charles in 5 minutes and accepted the offer however small the part might be as the movie industry lacks individuals like him. As promised the characterization of the role was way too good.
Since Jai plays the negative role , filming  commenced with fight scenes with Vaibhav under the guidance of Miracle Michael for 3 days.  Jai admitted that he refused to accept body doubles which shows his passion and love Cinema. Unfortunately Jai succumbed to  ligament tear near his ankle which still persists. Another fight sequence was organised with Mr. Venkat Prabhu near Poonamalee highway .
AravindAkash share a magnificent friendship not only in this movie but in reality as well. Jai shall always cherishes his  acquaintance with Mr. Venkat Prabhu , Nitin Sathyaa & Vaibhav which were a dream come true for him.
Jai was under the impression that the team is all fun loving , wild and party team , ironically the team emitted tonnes of positive energy ,hardworking and a beautiful team literally and figuratively.
He revealed that Nithin Sathyaa’s  wife works as Clinical Head at Clove Dental Clinic , Nungambakkam   and  his wife Deepika at  Valasaravakkam.
Jai described Nithin Sathyaa  a perfect gentleman , when he heard about jai’s salary issue with the production house, he personally sent a voice message to sort the problem himself and to  have no hard feelings and that he was unaware of this issue and within half hour credited the pending amount. He also gushed that in the last  10 years in the movie industry there has not been no production house which has paid the mutually accepted amount other than Sun Pictures or Axess film Factory.
The entire team is very hardworking  with their heart in the right place and this will stand in good stead for the success of the movie which it truly deserves and Jai is truly grateful to the director for the opportunity and greatly honoured to be part of this magnificent team.