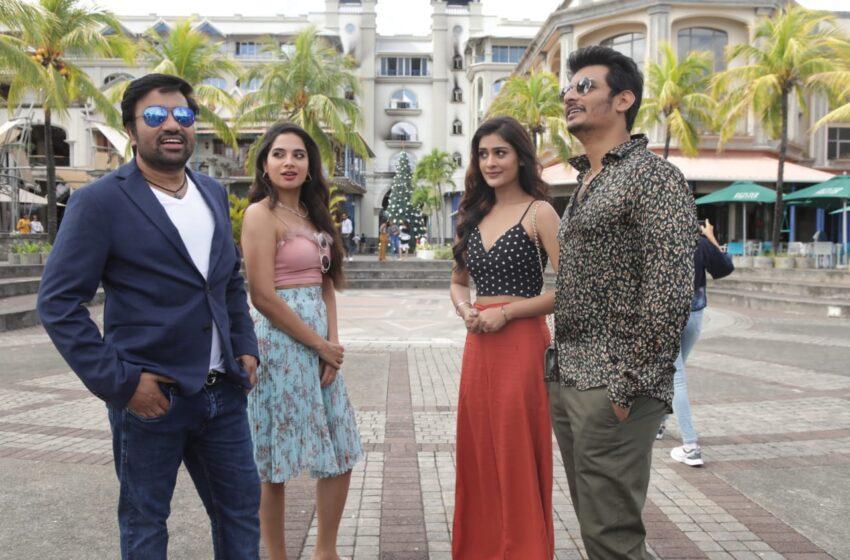 A major schedule of Jiiva-Mirchi Shiva starrer Golmaal, directed by Ponkumaran and produced by Jaguar Studios’ B Vinod Jain, has successfully concluded in Mauritius.

The team has returned to Chennai for Christmas-New Year break. The cast and crew of Golmaal will go back to Mauritius for a fresh schedule in January after canning some important scenes in Chennai.

Says director Ponkumaran, “we started the Mauritius schedule last month and shot major portions for around 25 days. All the scenes have come out very well and I can assure a full-length comedy film which can be enjoyed by audience from all sections.” 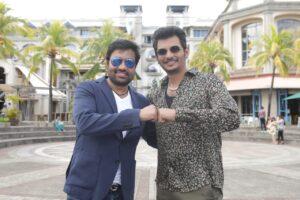 Talking about working with Jiiva and Mirchi Shiva, the director says, “both of them have a great sense of humour and their chemistry in Golmaal will be talked about. The film has an ensemble of cast including Payal Rajput, Tanya Hope, Yogi Babu, Naren, Manobala, Subbu Panchu, Vaiyapuri, Yugi Sethu, Sanjana Singh, Sadhu Gokila, Vipin Siddharth, Ramesh Khanna, KSG Venkatesh, Malavika, George Mariyan and Madhu Sneha.”

An erstwhile assistant of K Bhagyaraj and KS Ravikumar, Ponkumaran had earlier written the story of superstar Rajinikanth’s Lingaa. Having directed successful Kannada films, including Vishnuvardhana, Yejamana and the Tamil-Kannada bilingual, Charulatha, Golmaal will be a direct Tamil film from Ponkumaran.

Starring Jiiva and Mirchi Shiva in lead roles, Golmaal is directed by Ponkumaran and produced by Jaguar Studios’ B Vinod Jain. The team is planning to release the movie in the first half of 2022.