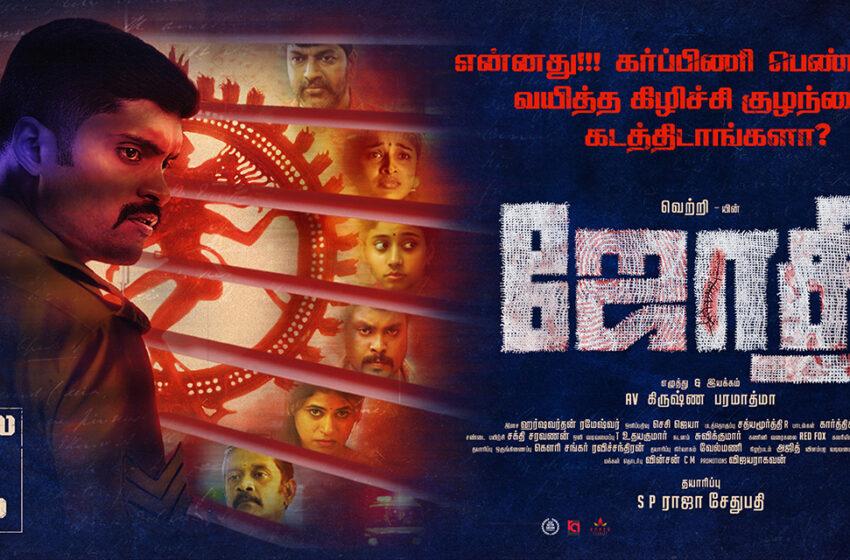 SP Raja Sethupathi, who earlier worked as editor of Sathuranga Vettai has produced ‘Jothi’ featuring Vetri, Sheela Rajkumar, and Krisha Kurup in the lead roles. The movie, a hard-hitting thriller based on some real-life shocking incidents is fictionalized with gripping moments.

A pregnant woman (Sheela Rajkumar) is prone to a shockingly repellent incident, where a mysterious stranger walks into the house, slits open her abdomen, and removes the baby that was supposed to have a natural delivery after 4 days, abducts it, and walks away without traces. An honest police officer (Vetri), her neighbor starts investigating the case and during the process is bound to an unbelievable shock. 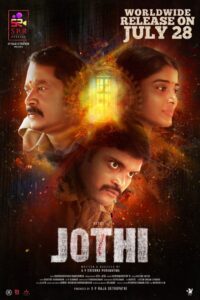 Filmmaker AV Krishna Paramatma has come up with a story that everyone would have come across in daily situations. Frequently, we watch on news channels including the CCTV footage of many abducting newborn babies from Government hospitals. This story too deals with the same theme of child trafficking, and it keeps us emotionally inclined in many places. The mystery elements are very well maintained, where we start doubting each and every character. The director has neatly sketched the character Elango, where his role being a constable might look hyper as he speaks more than Vetri, the protagonist himself, but still, he represents the audience. The series of shocking truths revealed one by one during the last 25 minutes deserves special mention. There are a few logical issues in the second half, that the director could have paid attention to. Rectifying them would have made this movie on par with some brilliant suspense thrillers like Eeram, and recently Gargi. (We refrain from mentioning the particular scene as it would be a spoiler).

Vetri sticks to his routine onscreen character as a man of few words. Sheela Rajkumar steals the show with her flawless and natural performance. Ratchasan fame Saravanan needs little improvement with his performance. Producer Raja Sethupathi is good with his supporting role.

Editing is the key element in many portions of this movie. The cinematography is just okay. The background score enhances the mystery and suspense moments in many places

On the whole, Jothi is a movie that has a gripping storyline, an appreciable screenplay that keeps heightening the mystery and suspense with every twist and turn. The shocking climax will leave you amazed, and the ending is convincing as well.

Verdict: Well-written mystery-thriller that keeps your senses glued to screens throughout the show.