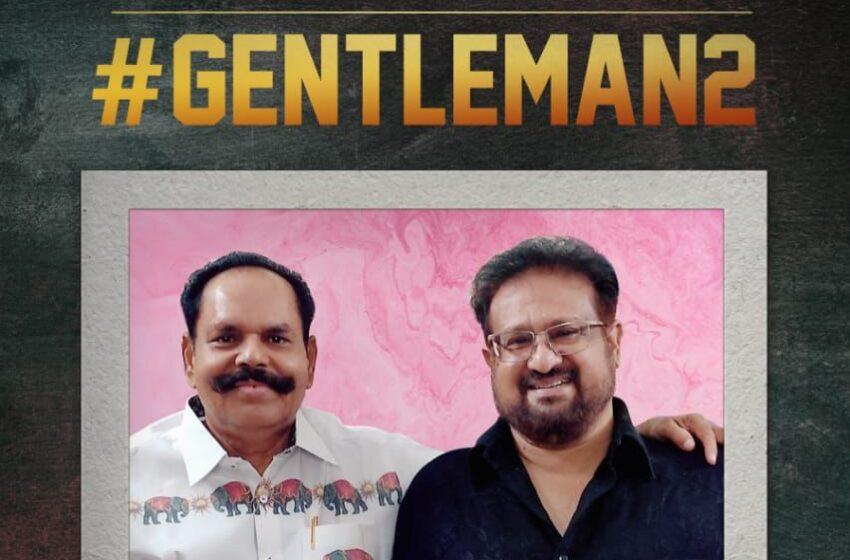 Already the Music Director for the film is announced as Bahubali fame Marakathamani(M.M.Keeravani) and two heroines as Nayanthara Chakravarthy and Priya Lal.

K.T.Kunjumon made Director Shankar and Music Director A.R.Rahman wolrd famous through his mega blockbuster film “Gentleman”.Now After announcing A.Gokul Krishna as director of “Gentleman2” it became trending in social media.The other cast members and technicians will also be well trained said K.T.Kunjumon.

Ajayan Vincent has worked and known for his work in Tamil, Malayalam,Telugu,Hindi films.His films Annamayya,Rudhramadevi and Tom999 was well renowned for his works.He was the cinematographer for the film ‘Ratchagan’.He will be working on “Gentleman2” with new age technology.

The Mega Producer K.T.Kunjumon further told that the hero and other cast members and technicians will be announced any time soon.