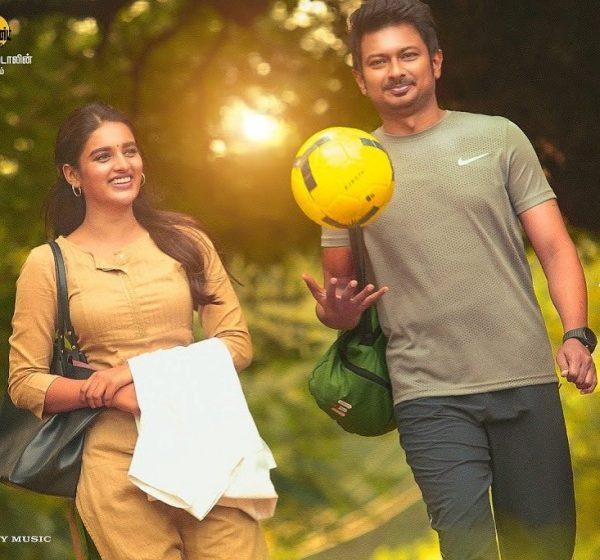 Filmmaker Magizh Thirumeni’s earnest desire to offer films based on fresh and unique storylines has garnered him a decent stature in the industry. The filmmaker picks up ‘Financial Crime’ as the backdrop for his today release ‘Kalaga Thalaivan’ which features Udhayanidhi Stalin, Aarav, and Nidhi Agarwal in the lead roles. 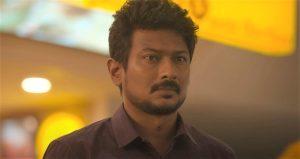 The movie deals with a serious issue of a corporate secret from a leading automobile firm getting leaked, which will ruin its image. The Founder appoints an ex-commando (Aarav) to trap the culprit behind all these mishaps red-handed. On the other end of the country, we find the protagonist (Udhayanidhi Stalin) leading an ordinary life with his memories of his past love still brewing in his mind. But guess what? As the title suggests, he turns out to be the major crisis in the play. What’s the link among the corporate firm, and this ordinary man and will the deadly ex-commando trap him?

Udhayanidhi Stalin in some of his recent releases has managed to follow a simple rule – Letting other characters shine at their best. Be it, Rajkumar, in Psycho and Aadhi in Nenjukku Needhi, we have seen them score more brownie points. Significantly, he brings Aarav into the picture, who establishes himself as a powerful villain in this movie. In fact, his screen presence is so infectious with his dreadful nature. Udhayanidhi Stalin does a decent job. There’s nothing challenging for him to perform, but it’s good to see that he is able to bring some fresh movies to the audiences. If he continues to do so, he will be regarded as a content-driven actor by all. Nidhi Aggarwal has nothing to do with the script; even her portions add no value to the movie. Kalaiyarasan’s cameo is appreciable. 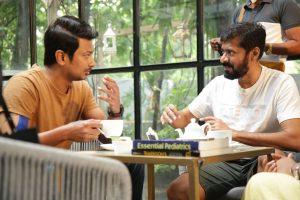 Director Magizh Thirumeni brings up a unique plot, which is purely new to the audience. The screenwriting looks engaging in the first half, where it’s totally all about Aarav, and Udhayanidhi is seen revisiting his past love. During the pre-interval railway station scene, we are given more hope that the cat-and-mouse game will get intense in the second hour; we are offered nothing, but a clichéd chain of events, where the baddie starts hurting the close ones of the hero. Everything is acceptable, until, where we find his ladylove getting involved for no reason. It looks purposefully thrust into the plot. Trimming the film and keeping it 120 minutes would have made it more riveting though.

Songs by Arrol are okay, and the tracks don’t contribute to the film’s narrative in any way. On the other hand, Srikanth Deva makes a tremendous comeback with his re-recording. Editing is good, especially for the non-linear approach of Magizh Thirumeni. The shaky moments of the camera after a certain point of time show up as a little minus.

On the whole, Kalaga Thalaivan is a passable spell from Magizh Thirumeni that doesn’t disappoint us but could have been much better than what it is now.

Verdict: The film doesn’t disappoint you, but lets you feel, the show could have been more gripping. 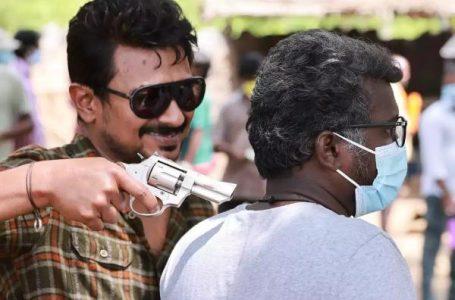