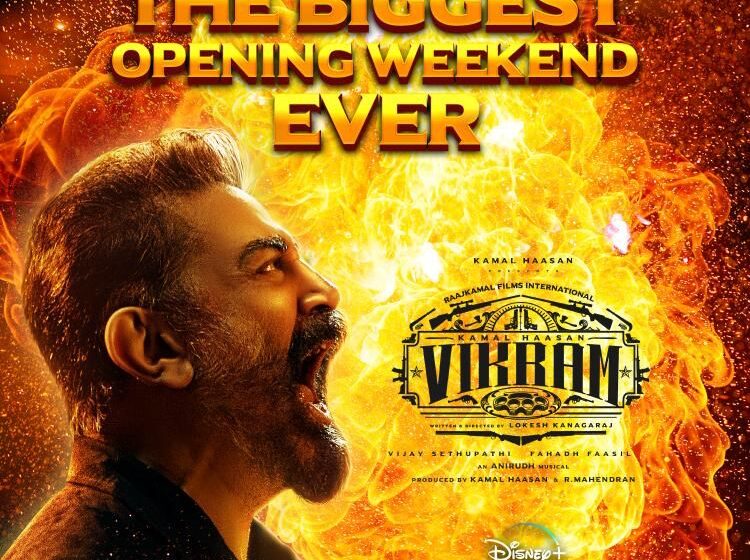 Chennai, July 12, 2022: One of the biggest blockbuster hits at the Indian box office, Kamal Hasan’s Vikram smashed records with its premiere on Disney+ Hotstar, registering the highest opening weekend across all languages (Tamil, Hindi, Telugu, Kannada & Malayalam) on the platform. The film is expected to continue its blockbuster run on the platform as fans are celebrating this arrival with excitement and fervor. Kamal Haasan starrer Vikram, written and directed by Lokesh Kanagaraj, had its theatrical release in Tamil, Telugu, and Hindi whereas Disney+ Hotstar premiered the movie with additional language options including Malayalam and Kannada, generating tremendous response from the regional audiences. 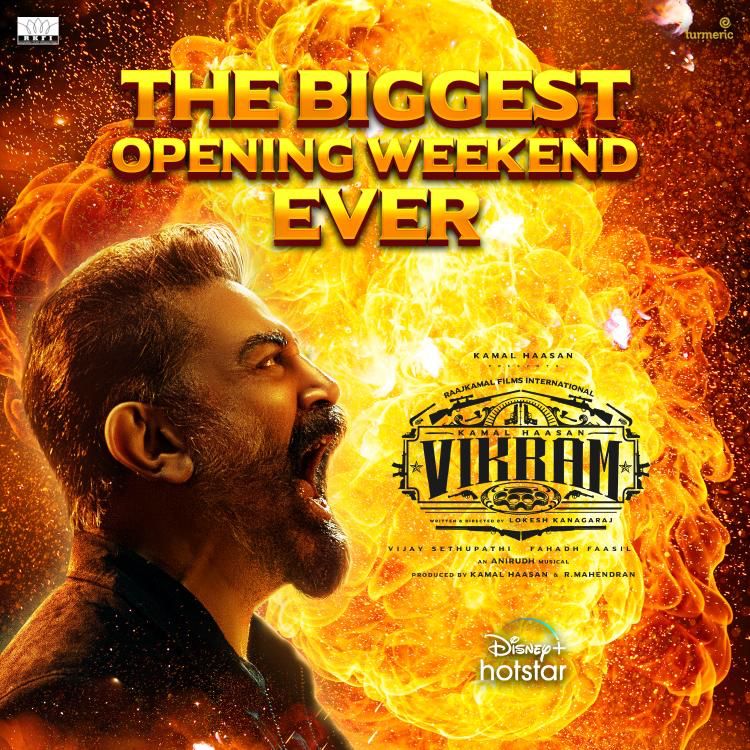 “The love and affection showered by fans across the country for Vikram is heart-warming. Vikram was created with the sheer vision of entertaining audiences across the country and Disney+ Hotstar has helped reach it further right into the homes and hands of the viewers. It is a moment of celebration that it is continuing to break records, now registering the biggest opening weekend for Disney+ Hotstar nationally. My congratulations to the entire Team Vikram” says actor and producer, Kamal Haasan.

Gaurav Banerjee, Head – Content, Disney+ Hotstar & HSM Entertainment Network, Disney Star, said, “We are overwhelmed by the phenomenal response to Vikram on Disney+ Hotstar, after its roaring success at the box office across the globe. Viewers have applauded the film’s cult classic essence which has made them tune in to watch the movie in record numbers, making it the biggest launch on the platform nationally. This is a testimony to the true power a star like Kamal Haasan holds over the audience’s heart. We are happy to carry forward Vikram’s chronicles digitally to an even larger audience.”

About Disney+ Hotstar:
Disney+ Hotstar (erstwhile Hotstar) is India’s leading streaming platform that has changed the way Indians watch their entertainment – from their favorite TV shows and movies to sporting extravaganzas. With the widest range of content in India, Disney+ Hotstar offers more than 100,000 hours of TV Shows and Movies in 8 languages and coverage of every major global sporting event.