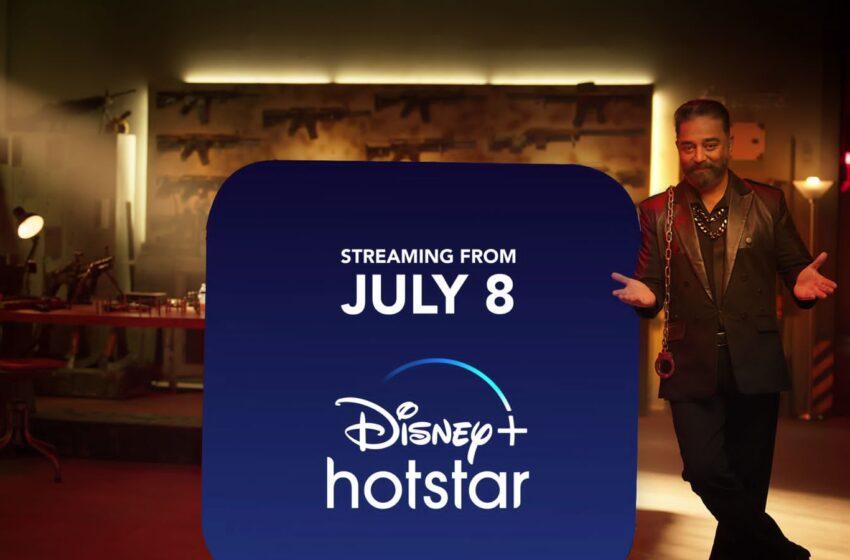 Disney+ Hotstar has topped the domain of OTT platforms in the Tamil region for its consistency in delivering back-to-back blockbuster entertainers. Now it’s all set to gift the year’s Biggest Blockbuster “Vikram” to the diehard Indian movie audience.

“High-Octane Thriller”, “The power-packed spell of Aandavar”, “The acting exhibition of South India’s Power House of Talents”, “A Tamil film with a Hollywood feel”, the downpour of praises and critical acclaim upon Kamal Haasan’s magnum opus ‘Vikram’ continues to capture the spotlight. The movie hasn’t just surprised and enthralled the Indian trade circles, but has left the International markets awe-stricken as well.

Written and directed by Lokesh Kanagaraj, Kamal Haasan-Vijay Sethupathi-Fahadh Faasil-Suriya starrer “Vikram” had its worldwide theatrical release on June 3, 2022. From the single word ‘Aarambikkalaangala’ uttered by Kamal Haasan in the curtain-raiser teaser to the ‘Paathukalaam’ in the trailer, every single punch word has become a viral chant for his hard-core fans.

The movie had a blockbuster opening with 100% positive reviews from critics and general audiences. ‘Vikram’ has broken several box office blockbuster records, and has become the Top Grosser in Tamil Nadu.

And now it’s time for every single home to turn into a movie carnival with the OTT premiere of Vikram on Disney+ Hotstar, from July 8, 2022, onwards. Kamal Haasan’s rejuvenated looks and herculean charisma, Fahadh Faasil’s sparkling performance, Vijay Sethupathi’s terrorizing antagonist act, and Suriya’s overpowering cameo together has left the fans in ultimate enthrallment. Besides, Filmmaker Lokesh Kanagaraj’s proficiency in building LCU (Lokesh Cinematic Universe), by bringing in a few surprise characters from ‘Kaithi’ and extending them for the future instalments excited fans to the core. The emblazoning visuals of Girish Gangadharan and spellbinding musical score by Anirudh Ravichander turned out to be the ultimate icing on the cake.

One of the noteworthy facts is that Disney+ Hotstar was the first to kick-start the Vikram carnival even before its theatrical release. Hard-core movie buffs watched Karthi starrer ‘Kaithi’ on the reputed OTT platform before watching the maverick action-packed thriller ‘Vikram’ in theatres, which contributed a lot to understanding the connection between the two worlds. 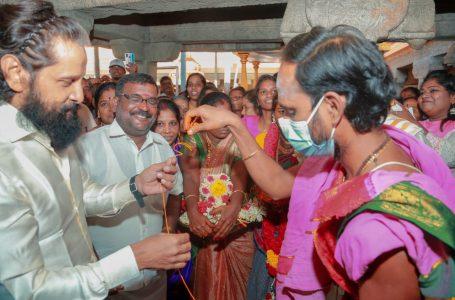 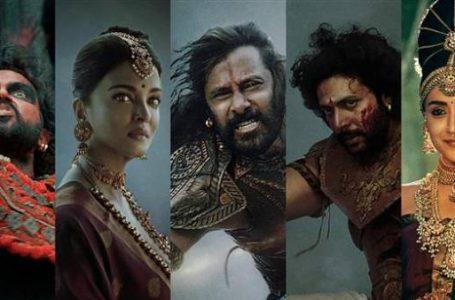