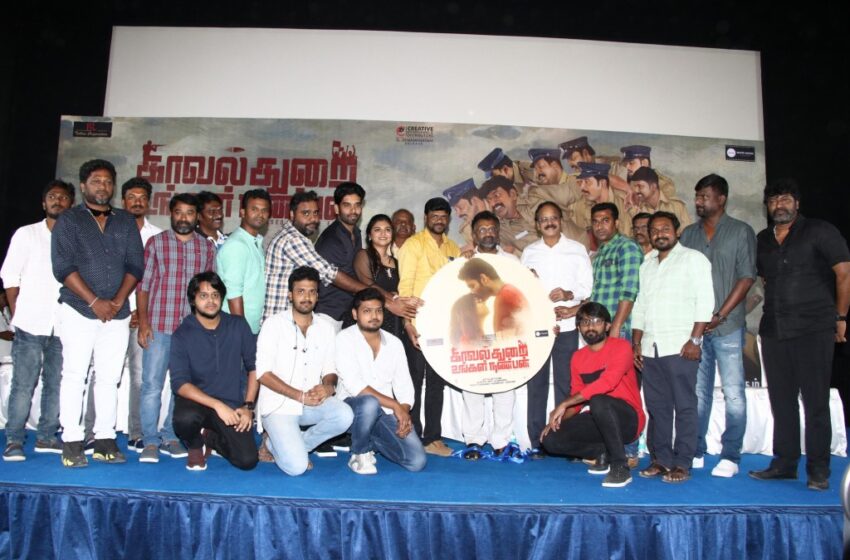 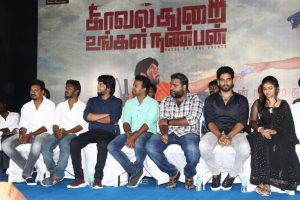 The audio launch of Kavalthurai Ungal Nanban was held this afternoon at Prasad Lab in Chennai. The occasion was graced over by the cast and crewmembers of this film with Amma Creations T. Siva releasing the audio. 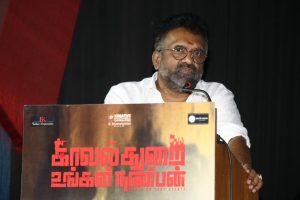 Speaking on the occasion, producer T. Siva said, “These days, the film industry has started getting pressures and barricades from all sides. Following many excruciating elements imposed on movie tickets, the Central Government is now imposing 8% TDS as well. We are now heading to Delhi to request the Government to exempt them as only 10% of movies across the year make such big business. I thank Dhananjayan sir for taking efforts to acquire this film, market and release it. Such examples are inspiring for other producers as well to come up and encourage new ideas and young talents.” 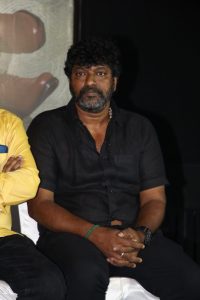 Actor Mime Gopi said, “It’s been a real good experience working in this film. Director RDM has conceptualized a story that is so much hard-hitting and I owe him a lot for giving me a substantial role to perform. Suresh Ravi has worked a lot on his part and you can notice it through his transformation from being handsome chap to rugged and insomniac person by second hour in accordance to the script. Raveena has done a decent job and her performance will be lauded in this movie. Action choreography is going to be an additional attraction and the climax portions will leave a deep impact on the audiences.”

Actor Suresh Ravi, who has played the lead role says, “Myself and director RDM met 8 years ago and we wanted to make a film together. We are now happy that it has finally come true. I thank producer Dhananjayan sir for coming forward and releasing our film. His Golden touch has found good market for many movies with groovy opening and we are confident that Kavalthurai Ungal Nanban will have the same impact. We have showcased the other side of policemen as many movie have portrayed them in good lights. Of course, there are good and bad in any profession and we wanted to focus upon the latter one.”

Actress Raveena said, “I am so much happy that RDM chose me to be a part of this film and giving me a substantial role. I am sure everyone will love this film and am looking forward to a positive response from the audiences.”

Producer Bhaskar, BR Talkies said, “When RDM narrated me the script, I was completely shocked in many places and it was a surprise indeed. As an audience, I could feel that the movie will have a good impact, especially during the climax portions.”

Actor RJ Munna said , “Apart from the intriguing story, what’s more impressive about the film is each and every character crafted with so much importance. The climax portion will be more emotional and audiences will feel the impact even after the show is over.”

Actor Ramadoss said, “Director RDM is a low budget version of Mani Ratnam, where he is very keen on clarity and getting it materialized without any compromises. I am so happy to be a part of this film.”

Action choreographer Om Prakash said, “There are many portions, where the actors had to gear up for risky stunts and they managed to pull it off excellently. If not for their earnest dedication, this would have not been possible.”

Music director Aditya said, “The journey with Kavalthurai Ungal Nanban has been long and yet very elating. All the actors and technicians involved in the film have given their best into it and I am keeping the fingers crossed expecting a good response from the audiences, press and media.” 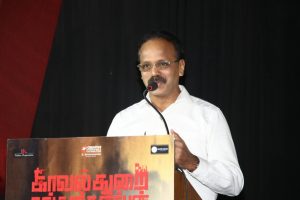 Actor Dhananjayan played the perfect host for the event and he said, “We had arranged for a special screening for few filmmakers in the industry. Soon after watching the movie, they developed an unconditional bonding towards the film and voluntarily assured that they will promote this movie.”