Kavalthurai Ungal Nanban was greatly acclaimed for an intense concept, engaging narration, and stellar performances. The team comprising powerhouse talents is back with their second outing titled B.E. BAR. While the team’s erstwhile movie had a grievous storyline that keeps our nerves and pulses in check, this will be an out-and-out comedy caper. The team has spearheaded making this film based on the new genre ‘FRI-COM’, which is friendship-comedy. The theme revolves around the engineering students trying to clear their arrears narrated with a hilarious touch.

Suresh Ravi, who impressed the audience and critics with his outstanding performance in Mo and Kavalthurai Ungal Nanban, plays the lead character. Isharaa Nair of Sathuranga Vettai fame is performing the female lead. Thambi Ramaiah, Livingston, Kalloori Vinoth, Madhu, Renuka, and a few more prominent actors are part of this star cast. 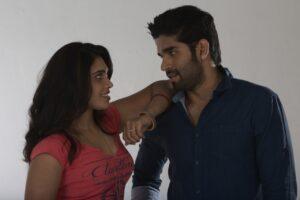 B.E. BAR is produced by Malcolm of Absolute Pictures in association with BR Talkies Corporation and White Moon Talkies. The film is co-produced by B. Bhaskaran, P. Rajapondiyan, and Suresh Ravi.

Currently, the film is nearing the completion of postproduction work and the first look will be out soon.