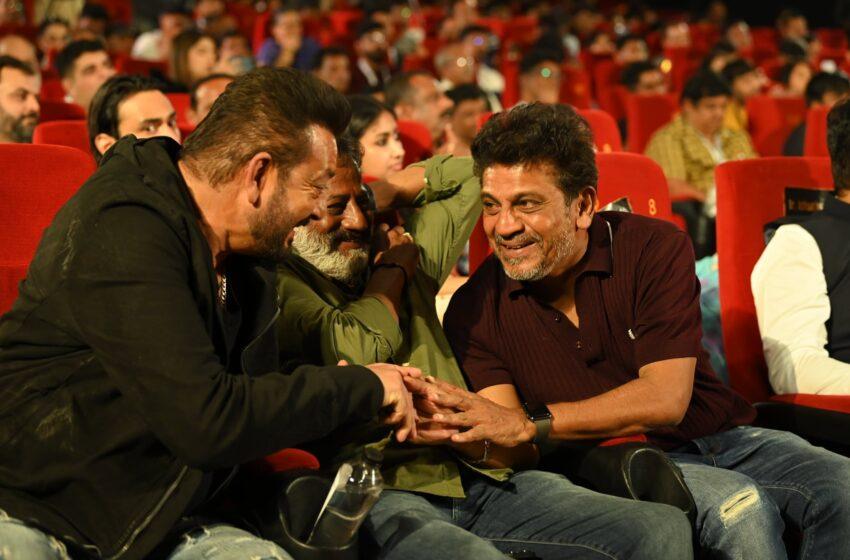 The trailer launch of much-awaited KGF Chapter 2 trailer happened today in Bengaluru that witnessed the coming together of eminent personalities from the entire Indian film industry. With the film starring Yash, Sanjay Dutt, Raveena Tandon, and Srinithi Shetty in the lead roles all set for worldwide theatrical release on April 14, 2022, the entire team shared their experience of the journey with this movie. 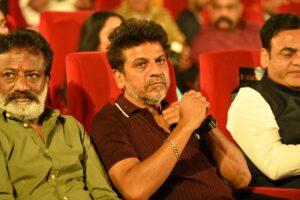 Actor Shivarajkumar, the special invitee of the event left the crowds excited when he recited the famous dialogues from the KGF 2 Trailer and he continued to add, “Right from the beginning of Yash’s career, I have been a fan of his handsome charisma. We together had an opportunity to work together in a small portion. I have to mention that Radhika has become the lady luck in his life. Both of them are more like a family to me. I am excited much alike other fans, and I am going to watch the movie along with the fans in the theaters on April 14, 2022.”

Honourable Minister Ashwath Narayanan said, “Yash and his entire team of KGF have worked as one team with dedication and commitment. I am sure that this 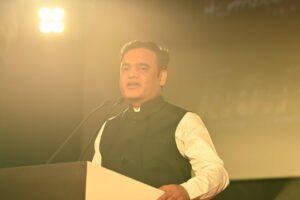 movie is going to be a big treat. I am so happy that the biggest names of Indian film industry. I am a great fan of Sanjay Dutt sir, and I am here not as a MLA, but a lover of cinema. I wish big success to the entire team.” 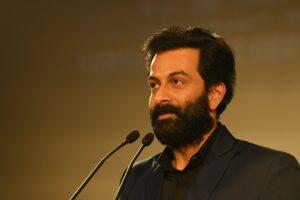 Actor Prithviraj Sukumaran – When his name was uttered by the hosts, the entire audi got excited and relentlessly applauded and cheered up for his charismatic presence. He recollected the moments spent with Yash during a party, where he expressed his desire to make KGF Chapter 2, a bigger hit, which has become a reality now. He said, “Baahubali franchise made dream, and KGF franchise has made us to believe in the dream. I am privileged to present the film in Kerala. It’s not just for Kannada, but the entire South industry has got its domain expanded. I have to say that SS Rajamouli sir and Prashanth Neel are two big chapters in creating this. I have seen more sequences from the film. I can assure that Film is bigger than the trailer. Prithviraj Productions is so elated to present this film.” 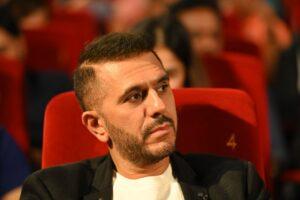 Filmmaker Farhan Akthar, who is releasing the Hindi version addressed the crowd through the video recording. Firstly, he apologised for not making his presence for the event. He said, “I wish everyone from the team all the best. I cannot wait to watch the movie along with audiences in the theaters. I am so proud to be a part of this movie, and presenting it. All the best to the entire team.” 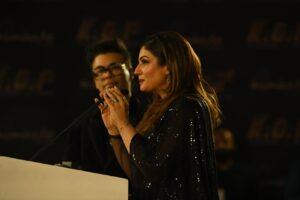 Actress Raveena was given an introduction of her famous song line ‘Mast Mast’ song from her evergreen movie ‘Mohra’. She didn’t miss to add the humour blended with her citation, where she said that one day she would love to replicate the avatar of director Prashanth to her friends in Mumbai. She said, “Prashanth is the toughest, sweetest, and scariest director I have worked with. He is a thorough Gentleman and, tough when he wants to. I haven’t seen as dedicated and passionate as he is. Yash is a rocking human being than a star. Be that way all the time. My kids are a huge fan of Yash. I thank the producers of Homable for making me a part of this project. I thank everyone including my co-star Sanjay Dutt. This film is going to be a big treat for all.” 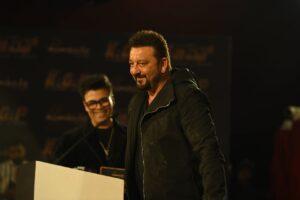 Actor Sanjay Dutt’s presence was one of the greatest emblazonments to the entire occasion. He was greatly appreciated by the entire team and the special invitees of the event for his will power, dedication and commitment towards this project. Actor Sanjay Dutt said, “After 45 years, KGF has been a big lesson to me. I was awe-stricken by the wonderful dedication of the entire team, and the down-to-earth gesture of Yash. I thank my wife for pushing and motivating me to do KGF. I thank Prashanth for giving me the role of Adheera.” 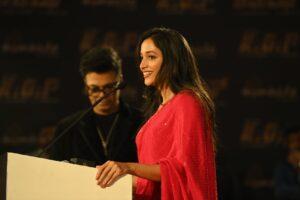 Actress Srinidhi Shetty looks gorgeous with her elegant and exquisite looks. She was in emotional glee over the moment, where the honours were conferred upon her and her team for the earnest hard work. She said, “I signed the movie in 2016, and the journey of being Reena has been incredible. My career started with KGF, and this has been my breakthrough as well. If not for the producers of this film, this would have not been possible. Our rocking star Yash been so much supportive towards my acting. I would like to thank Ashwath sir. I know the passion of being a cinema lover in him. I am so blessed to be a part of this movie that has all the biggest names like Sanjay Dutt sir, Raveena Mam, Prakash Raj sir, and many more artistes and technicians. The entire team has worked relentlessly towards the output. I cannot wait to see the audience enjoy what’s in store for them. I thank the media and press fraternity for travelling all way from various places to be a part of this event.” 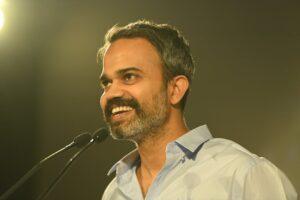 Director Prashanth Neel said, “We have done everything possible to tell the story. I can’t wait for you all to watch the movie on April 14. I am not here to talk about the result, but the journey of this movie, about everyone involved in this project. I would like to thank media and press fraternity for supporting us for the past 8 years. You have all made the film to become a Pan-Indian success with your earnest contribution. I thank the distributors, exhibitors, and everyone in the trade circle for being supportive in making a greater reach for the movie. Srinidhi has got a much bigger role this time, and audience will see her different side this time. I want to thank Raveena madam, Sanjay sir, Prakash Raj sir, Eeswari mam, and others, who have joined KGF 2. Their support, respect and contribution has been incredible. It’s gonna be a huge treat for the Yash fans.”

Director Prashanth Neel also appreciated his entire team of assistant directors for being so much supportive during these years of crafting and materializing KGF franchise. On a hilarious note, he added that one of his ADs were merely 17 yrs old when the project started. 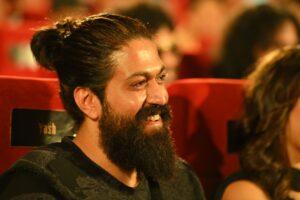 Actor Yash started on an emotional note on thanking Shivanna for being present there. He said there, “I don’t want to make tears roll down his face by mentioning the name of Appu. He is here like an omniscient entity. I thank the entire team of KGF for being such a wonderful support. I would like to thank actor Vishal, who distributed the film in Tamil for Part 1, and now SR Prabhu for Part 2. I thank Prithviraj sir for being a part of this second installment by releasing all over Karnataka. I thank the entire team of distributors, exhibitors and theatre owners for their support. This is a 8 year journey for all of us in the team. I thank my team and their family memebrs for being a great support for so many years. Although 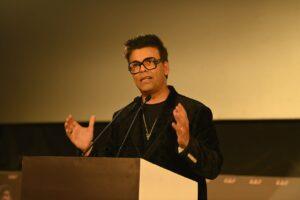 Srinithi got big offers during this tenure, she ritually got herself inclined to this project for 6 years, which isn’t easy. Sanjay Dutt sir has been a great pillar to this film. Prashanth is the backbone of this movie. We have done our best, and keeping fingers crossed towards the success of this movie.”

Karan Johar played the perfect host by making the event look so much invigorated. His flamboyant verbal skills laced with complimentary gestures made the entire team exhilarated. Ram Charan Teja, who is double delighted over releasing the trailer and celebrating his birthday shared his wishes for the entire team of KGF Chapter 2 for the grand success.