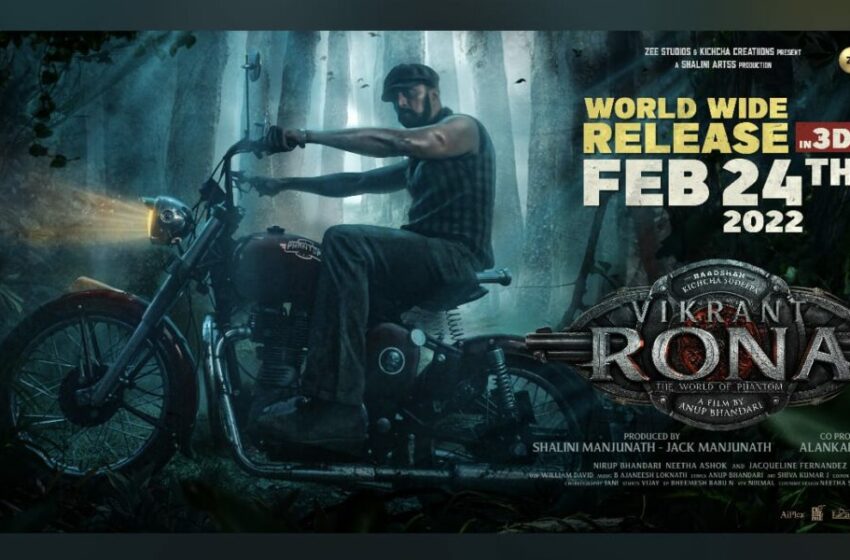 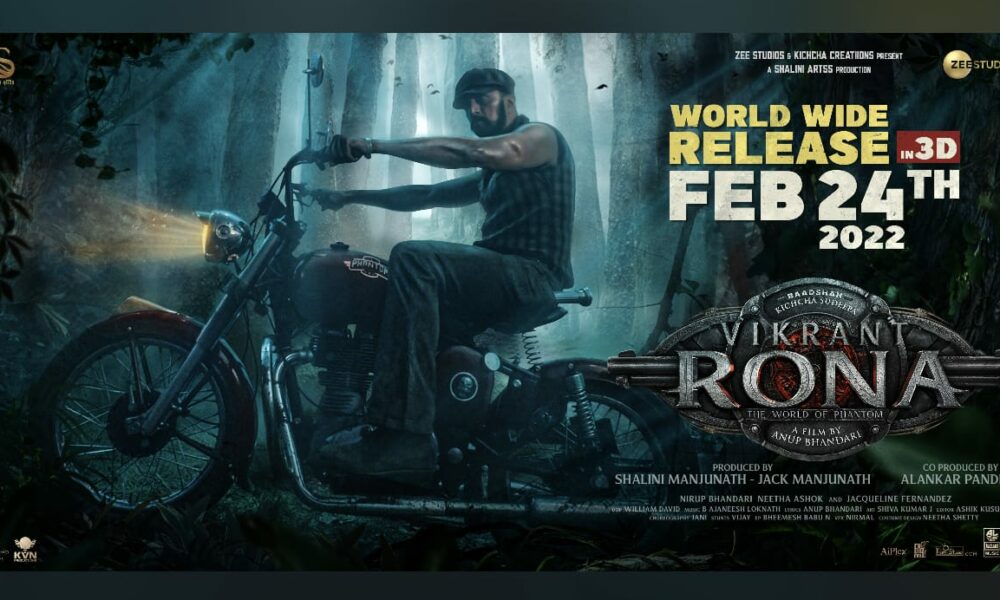 After piquing our curiosity with posters and glimpses of Kichcha Sudeepa’s mystery-thriller ‘Vikrant Rona’, its makers – Jack Manjunath ,Shalini Manjunath and Alankar Pandian now reveal its release date. Vikrant Rona presented by Zee Studios Starring Kichcha Sudeepa, Nirup Bhandari, Neetha Ashok and Jacqueline Fernandez, the upcoming 3D film is slated to hit the theatres on the 24th of February, 2022. The producers have also shared a motion poster that that features a stylish Kichcha Sudeep on a customized bike named ‘Phantom’. Vikrant Rona has stirred excitement among the netizens from time to time through intriguing reveals. With the announcement of its release date, the audience and fans of Kichcha Sudeepa have a huge reason to vouch for the theatrical experience.

Producer Jack Manjunath says, “We’re happy to share the release date of Vikrant Rona in 3D with everybody. Our potential audience has been very loving and kind to us. Their excitement and anticipation were quite clear and that’s half the battle won for a producer. I’m grateful to have had support from them. We wish to entertain people and reintroduce the mystery-thriller genre in a big way with this film.”

Director Anup Bhandari says, “Vikrant Rona is a film that’s tailor-made for theatres. The canvas and the 3D experience of the film is something that is to be enjoyed on the big screen. We have been fortunate to have viewers across languages love and embrace the world’s new hero. It’s a visual treat that will enthral kids and families alike. Can’t wait to see you all in theatres on February 24, 2022. theatres the boost that it needs. See you in theatres soon.”

Vikrant Rona is a multilingual action-adventure that will see a 3-D release in 14 languages and 55 countries. Directed by Anup Bhandari, produced by Jack Manjunath and Shalini Manjunath, co-produced by Alankar Pandian, presented by Zee Studios, music by B Ajaneesh Loknath, the film features sets designed by the award-winning art director Shivkumar and frames lit up by DOP William David. It stars Kichcha Sudeepa, Nirup Bhandari, Neetha Ashok and Jacqueline Fernandez.