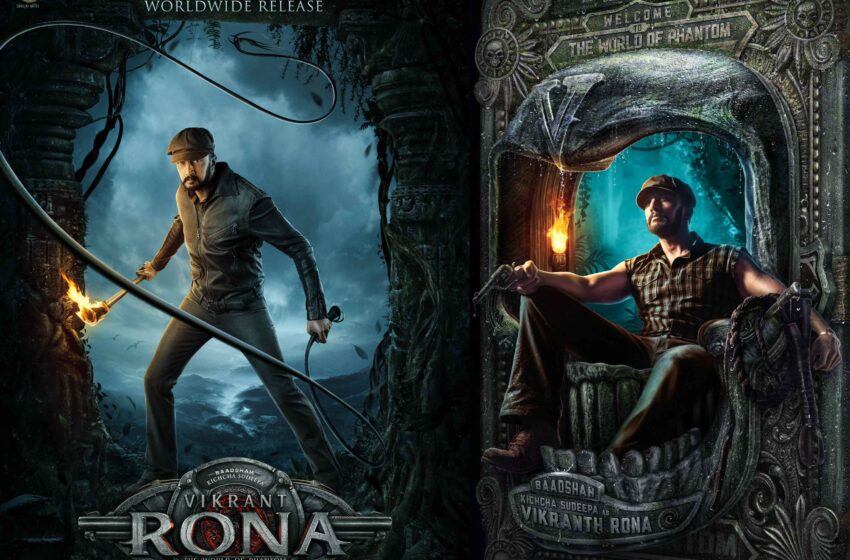 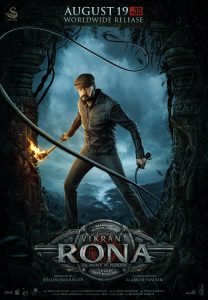 August 19th is the day where the world gets a new hero – Vikrant Rona. Kichcha Sudeepa’s Vikrant Rona is now slated to meet the audience in theatres on the 19th of August, 2021. The Baadshah rung in the celebrations for having completed 25 years in cinema with the title logo reveal and a 180-seconder sneak-peek of the multilingual pan-India film and both were superimposed on the world’s tallest building, Burj Khalifa.

The reigning Baadshah of the Kannada film industry is prepared to make a positive impact upon the experience of watching movies in the theatres with the announcement of the release date of his much-awaited film. The upcoming pan-world multilingual action-adventure will release in fourteen languages and 55 countries. It is one of the most expected films to hit the screens in 2021.

Producer Jack Manjunath says, “As a producer, I’m happy to announce the release date of Vikrant Rona. We endeavor to present the world’s new hero, Vikrant Rona to the audience in the language of their preference. The film is a visual wonder and considering the pandemic, we feel the audience deserves to watch a film of such magnitude in theatres. Backed by the star power of Kichcha Sudeepa sir. We can’t wait to entertain the viewers in the biggest way possible with this film.”

Director Anup Bhandari says, “Excited about the release announcement, the post-production work is going on full swing. Some of the best technicians are a part of our film and together we are working towards giving our audience a glimpse into the world of Vikrant Rona in the best way possible.

Adding to the big news. Team Vikrant Rona also has confirmed that the film will see a 3D release and more details about it will be shared in a few days.

Directed by Anup Bhandari, produced by Jack Manjunath and Shalini Manjunath, co-produced by Alankar Pandian, music by B Ajaneesh Loknath, DOP William David and Shivkumar of KGF fame has designed the sets for Vikrant Rona. Vikrant Rona stars Kichcha Sudeepa, Nirup Bhandari, Neetha Ashok and will hit the theatres on the 19th of August, 2021.