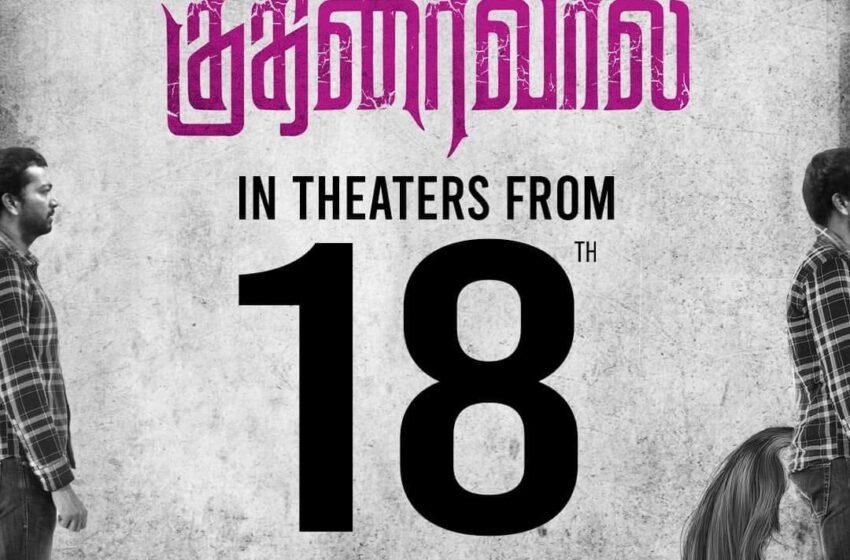 Director Pa. Ranjith’s ‘Neelam Productions’ and ‘Yaazhi Films’ have produced the movie together. Pradeep Kumar has composed the music for the film which stars Kalaiyarasan and Anjali Patil.

The film captures and embodies man’s fantasies about the past and the future, perceptions on reality, dreams and its effects through its lenses. The directors Manoj Leonel Jahson and Shyam Sunder say that the film is a completely new venture that will give the audience a completely new experience.

The film was screened at many National and International Festivals and award ceremonies. The productions behind this film have announced that this film will be released for the first time to the theatres for public viewing.

It is a well known fact that the movies produced by ‘Neelam Productions’ address societal issues and they are confident that Kuthiraivaal too will give a completely different cinematic experience to people.

So, catch ‘Kuthiraivaal’ in the theatres near you from March 18th!