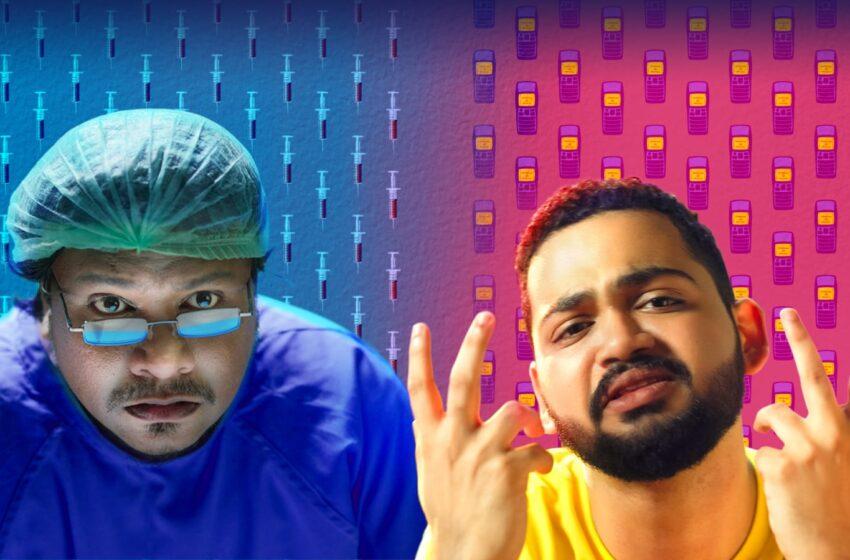 Luck illa maamey – a fun video song where a quirky doctor (Prankster Rahul) learns the sob story behind a dying patient (AniVee) who has swallowed a mobile phone. Yes you read that right – SWALLOWED A MOBILE PHONE! When questioned why, the director (Sanmargan) simply refused to leave a comment.

The lyrical concept of the song travels along the lines of 2010’s pop culture where the protagonist complains about his inability to impress the love of his life (how very original). However, the lyrics prove to be absolutely ornamental to this otherwise mellow concept.

Prankster Rahul has gone above and beyond his understood capacity as an actor and has brilliantly danced for this song much to the delight of Suren.M, the choreographer. The cinematographer, Arvind Kailasam, has brought in a fresh visual pallet for this song.

Music director AniVee has performed to his highest capacity and given us an extraordinary breakup song. “It’s a soup song” giggled AniVee when asked about what the idea of the song was. “Folk Marley” Anthony Dasan has lent his voice in this duet with AniVee to mark the composer’s second song with SaReGaMa after the superhit sensation Mayakirriye.