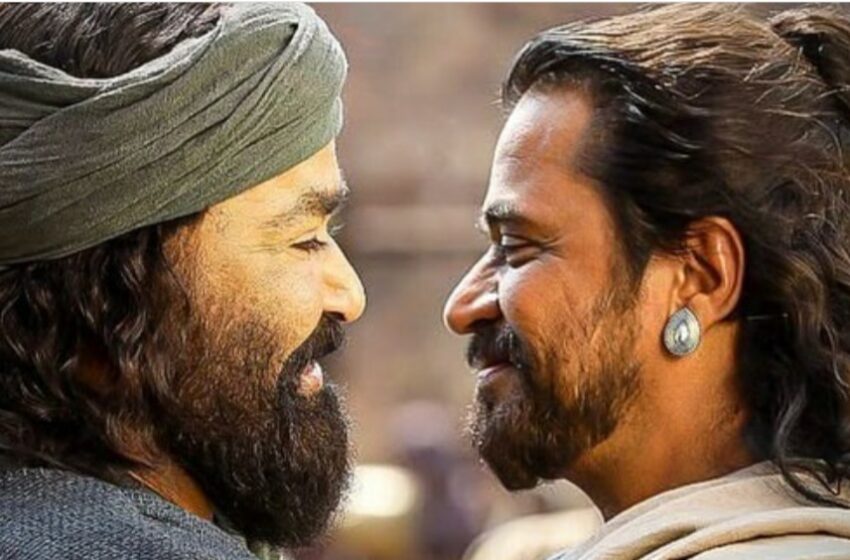 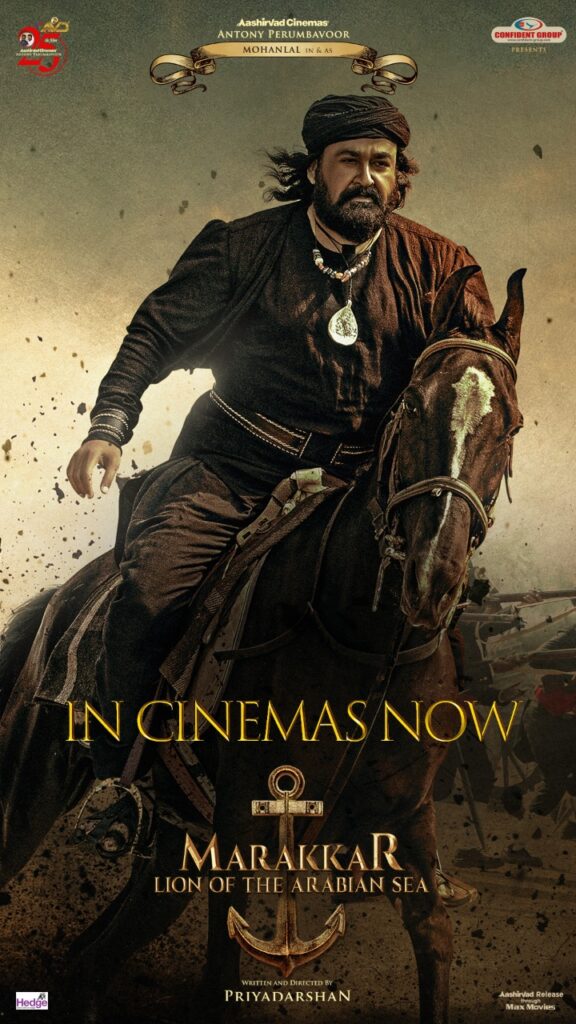 Filmmaker Priyadarshan’s Maraikkayar: Arabikadalin Singam had kept not just Malayalam movie buffs, but audiences beyond this territory in heavy expectations. Mohanlal’s ability to break the linguistic barriers and score brownie points in other regional box offices with movies like Puli Murugan and Lucifer was one salient reason. The other reason was the collaboration of a well-celebrated filmmaker Priyadarshan with Lalettan. With an ensemble star-cast boasting of big talents from the Indian film fraternity, the film had few more reasons to animate the anticipations. Well, the cuteness involving Pranav and Kalyani was yet another embellishment to the film’s expectation meter (Now that audiences have seen them in urban trendy looks as intimate lovers in ‘Hriyadam’ teaser), they wanted to check out the ancient avatars as well. With all such hopes brimming up, what Maraikkayar offers is nothing but a mixed bag experience. Having stated so many pros that kept the prevenient levels escalating, there are few cons too, which kept us doubtful (If you aren’t one among those Malayalam film buffs league). Yes, Time and again, Indian films have faced a similar situation, where a particular genre that strikes gold in box office becomes the most high-on-demand pattern. Be it Sye Ra Narasimha Reddy (Telugu) or Thugs of Hindustan (Hindi), these movies were made blatantly after the grand success of the Baahubali franchise. Well, what the producers or the makers of these films are failing to realize is that ‘Magic’ happens only once, and it cannot be recreated. The sudden gush of period films, especially War movies almost made the audiences feel tedious, and Maraikkayar: Arabikadalin Singam evidently joins this paradigm. 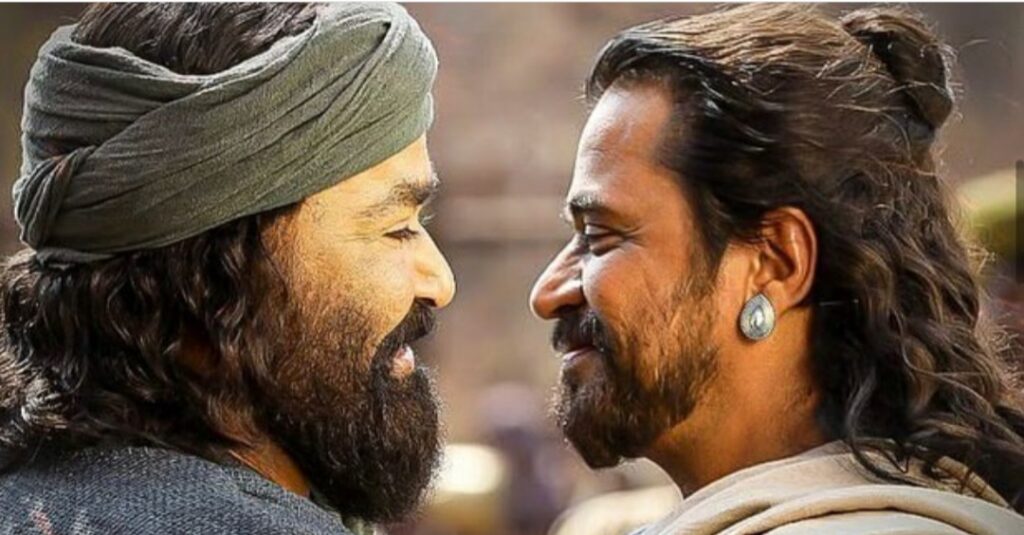 By the title credits, we find the makers listing out the number of National awards along with the categories it won. Of course, the film deserves special mention for sound and visual effects. Director Priyadarshan has always maintained a strict formula of winning the attention of audiences with top-notch technical aspects, which during many times, has saved his movies with mediocre stories and packages getting slammed. Similarly, Maraikkayar: Arabikadalin Singam too keeps the audiences enchanted with the technical aspects. However, when it comes to the screenplay, it completely leaves you disappointed. Everything is predictable right from the beginning till the end. We can easily predict who is the backstabber, the antagonist, and even the climax as we know the real-life event involving the protagonist’s history. It looks like; director Priyadarshan would have initially planned the movie as a 2-Installment franchise. The first half itself looks like a first part, where the title alone – The Rise of Maraikkayar with an additional 30 minutes would have made it a full-length feature film. Disappointingly, the second half lacks substantiality and some scenes look dim-witted. Check out for the pathetic culmination of Action King Arjun’s character. The scene is crafted so much artificially, where all the characters keep silent after witnessing what happened in the absence of Mohanlal and they reveal it later. Actor Siddiqui playing Mohanlal’s uncle is yet another disappointment. It’s almost 30 years later situation, where Pranav becomes Mohanlal and still Siddiqui looks the same. Although there are many actors in the film, most of them look like cameo artistes. Suniel Shetty, Arjun, and Hareesh Peraadi have a decent role and their performances are appreciable as well. Keerthy Suresh, Manju Warrier, Prabhu, and other actors have nothing special to perform. 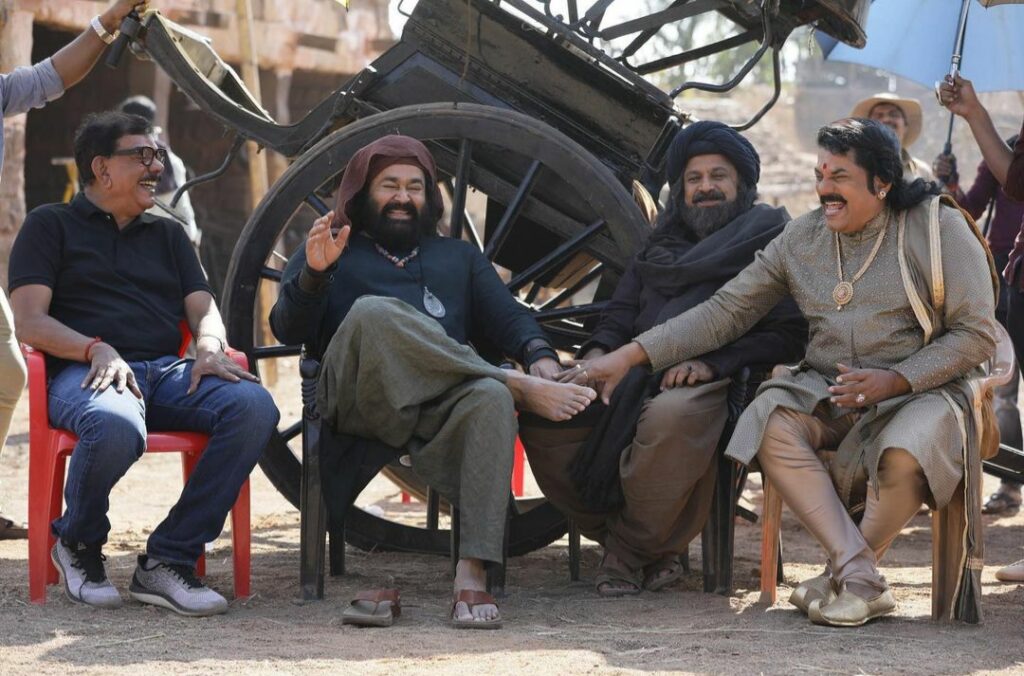 Overall, Maraikkayar: Arabikadalin Singam lacks the pace with a predictable and sluggish screenplay, where the biggest minus is the emotional connection that goes missing. We are still in awe of the same Malayalam movie titled ‘URUMI’ that dealt with a similar war situation between a Kerala warrior and Portuguese army, which had a beautiful treatment. When it comes to this film, except for the visuals and sound department, the rest are disappointing.

Verdict: What should have been an epic, turns out to be a tedious package lacking emotions.