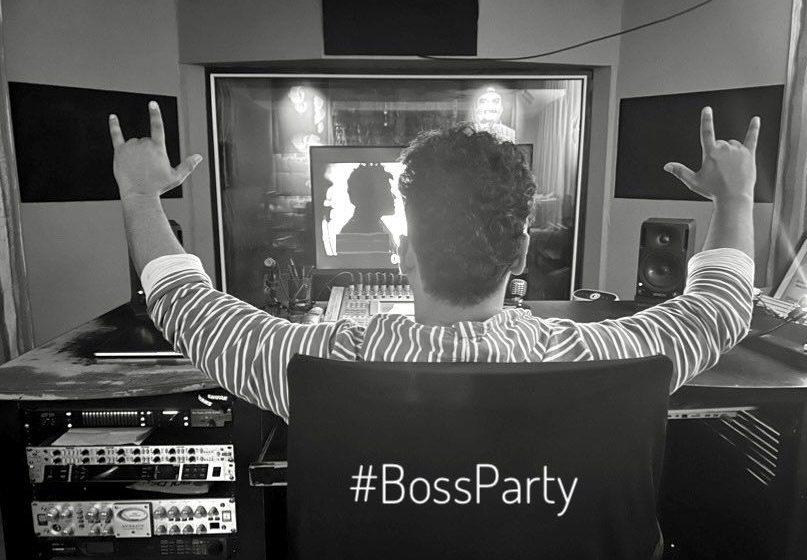 Megastar Chiranjeevi’s mega mass action entertainer Waltair Veerayya under the direction of Bobby Kolli (KS Ravindra) with mass maharaja Ravi Teja playing a mighty role is going to offer poonakalu to fans and movie buffs. The film checks all the boxes of a commercial entertainer. The title teaser has given some high moments to the masses. Interim, rockstar Devi Sri Prasad arrived with an update on first single.

As revealed by the composer, the first single of Waltair Veerayya will be released this week. “Just watched d 1st Song of #WaltairVeerayya & Mindblown by d Energetic Dance of our #MEGASTAR @KChiruTweets sirr🔥🕺🔥🕺🔥So Uncontrollably leaking off d news.. 1st SINGLE releasin this week🤟🏻 Get ready to party..coz its called #BossParty 🕺🎶 @dirbobby @MythriOfficial ” posted DSP.

So, get ready for the Boss Party and witness the energetic dances of Chiranjeevi in the song that will be out this week. It’s the special song on Chiranjeevi and Urvashi Rautela. Sekhar master has done the choreography for the song.

Shruti Haasan is the leading lady opposite Chiranjeevi in the film billed to be a mass-action entertainer laced with all the commercial ingredients. The film is produced on a grand scale by Naveen Yerneni and Y Ravi Shankar of Mythri Movie Makers, while GK Mohan is the co-producer.

Arthur A Wilson cranks the camera, whereas Niranjan Devaramane is the editor and AS Prakash is the production designer. Sushmita Konidela is the costume designer.

While the story and dialogue were written by Bobby himself, Kona Venkat and K Chakravarthy Reddy penned the screenplay. The writing department also includes Hari Mohana Krishna and Vineeth Potluri.

Waltair Veerayya will be hitting the screens for Sankranthi, 2023.