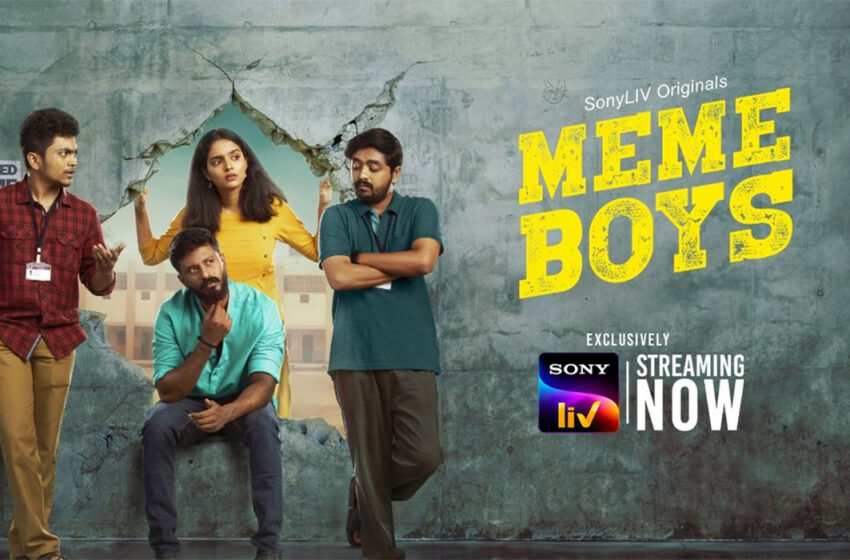 The cartoonists were the icing on the cake on any leading newspapers, and their Descendents – Meme Creators have become the same in every single mobile phone. There’s an intrinsic value that makes ‘Meme Boys’ streaming on SonyLIV, an exceptional tale. Meme creators remain a subject of vague characterizations in most movies or series of current times, but director Arun Koushik has picked it as the core concept. 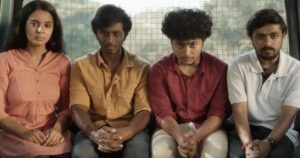 The story is set around an engineering College Campus, alienated far from the heart of Chennai, but still, mapped within its limit on advertisements. We come across a bunch of four unambitious students, who are smug-bitten by the social media domains. Mojo (Aditya Bhaskar), a film maniac, who never misses indulging in recreating Rajinikanth, Kamal Haasan, Ajith, and Vijay quotes for every situation, is hit by the announcement of the ‘Meme Competition’, which involves big prize money and an opportunity to work with Sivakarthikeyan. He manages to assemble Jayanth (Super Deluxe fame) a gadget geek and super hacker Siddarth, a pessimist with memes, and then Julie (Namirtha), a budding YouTuber. Together, they hop on a fun-filled journey to accomplish their goal, but at the cost of facing the wrath of their newly appointed dean Narayanan (Guru Somasundaram). Here begins the Tom and Jerry comedic play that keeps you guessing for the next. 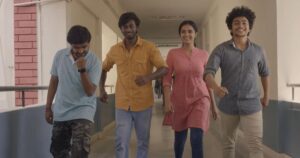 Director Arun’s ability to think out of the box and the distinct team of writers are the major strength of Meme Creators. The best part is about the writer’s ability to delve deep into the characterizations. There is a personal space allotted for the titular characters to showcase their nature rather than merely keeping them confined to the conflict. The best illustration is a scene where Aditya Bhaskar is almost hit by a Mechanical Engineering student. On his escapade, he hilariously cites, “Thalapathy Maathri Advice Pannaalum Prachana, Thala Maathri Pannalanaalum Prachana. Inimey Aandavar Maathri Puriyama Pesittu, Thalaivar Maathri Escape Aagidanum” These lines might look simple, but it signifies how well the character is addicted to cinema by defining the assumption of these stars by the public. Similarly, amidst the rush hour clash between the dean and these four intellectual thugs, the drama takes a break and tries to sneak into Julie’s personal space, where her parents have fixed a family 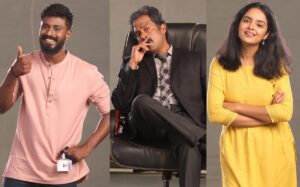 date with a boy. The maturity of this girl’s character is very well depicted in this scene, and it’s the same during the penultimate episode to end over the decision to stay back with her friends in the police station. Guru Somasundaram takes a casual walk and delivers an impeccable spell. This is the first time, we get to see a peck of hilarious shade in his performance, which, Tamil cinema directors should try to explore shortly. Badava Gopi delivers a neat show, and so are the other actors.

The writers have ritually followed the principles of a web series that includes a perfect structure of drawing our interest with the prologue before title credits and a surprise punch by the end of every episode. Possibly, what could scatter your attention slightly might be the initial episodes, where it takes time to settle down. Once, you’re very well used to the characters and the conflict, there’s no stopping for the binge-watch.

Overall, Meme Boys welcomes a new premise into the world of the Tamil OTT series. Kudos to SonyLIV: They have banked trust and encouraged new-dimensional premises, which will open gates for story writers and directors with new concepts.