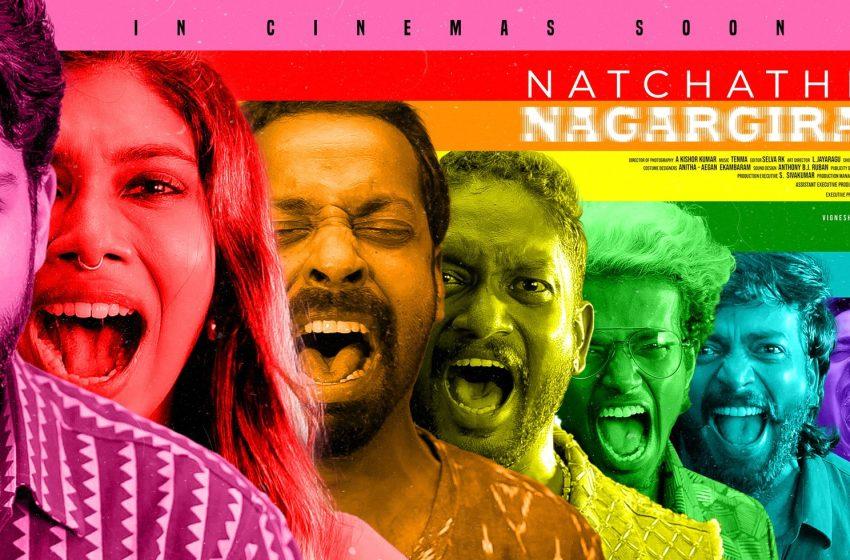 Following the grand success of Sarpatta Parambarai, director Pa. Ranjith is back with ‘Natchathiram Nagargiradhu’, a unique tale with lots of interesting elements.

The story travels through the moments shared by a particular theatre group, who are in Pondicherry to perform a stage play. The bonding among them that encapsulates relationships between people from different castes, same gender, friendship, hatred, egos and reconciliation forms the core of this tale. Pa. Ranjith needs applause for his intention to drive into zones that gives a fresh appeal to the audiences, irrespective of the soul remaining the same – exhibiting the pain, pathos and evil in the caste system. Streaking success with good movies in the past, he is back with a unique plot in Natchathiram Nagargiradhu, which could be labeled as ‘Characters-driven movie’. The movie has nothing to speak about twists and turns, but sticks to the ideologies and perspectives of every single character. For instance, you’ll see Dushara’s character looking arrogant and tomboyish, but then you won’t get infuriated unlike her boyfriend (Kalidas Jayaram), who degrades her with worst comments on her caste. Then we come across Arjun (played by Kalaiyarasan), who is completely in contrast to this girl. Yet, as an audience, we sit back, appreciate and even tend to clap out for his nature. Of course, Inian (played by Kalidas Jayaram) is nothing but a character that is more like cat on wall walking between these two characters. He is outspoken, yet succumbs to the ancestral perception about culture and values. In this manner, Pa. Ranjith has scored brownie points in shaping up characters with an excellence. With dialogues turning to be one of the most appreciable factors in this movie, we get to see that the same factor getting slightly overboard after some time. The first half does speak about 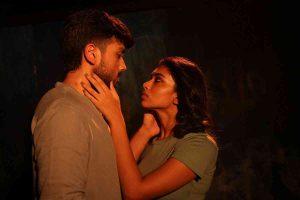 the caste issues, relationships between same gender, and it doesn’t actually create any sort of issues. In the second half, Pa. Ranjith directly gets into the premise, and doesn’t hesitate to insert the real life clippings of many innocent people brutally murdered for being in relationship with guy or girl in the different castes.

Top-notch cinematography and composing of colors make the movie look so rich. The background score is yet another embellishment to the tale. The smooth transitions doesn’t bring you the disturbances in many of the non-linear movies.

Overall, Natchathiram Nagargiradhu is appreciable for a different attempt, where Pa. Ranjith manages to incorporate emotional elements and at the same time, doesn’t fail to convey his ideas.

Verdict: Strong writing, outstanding performances and different attempts make it a watchable one.