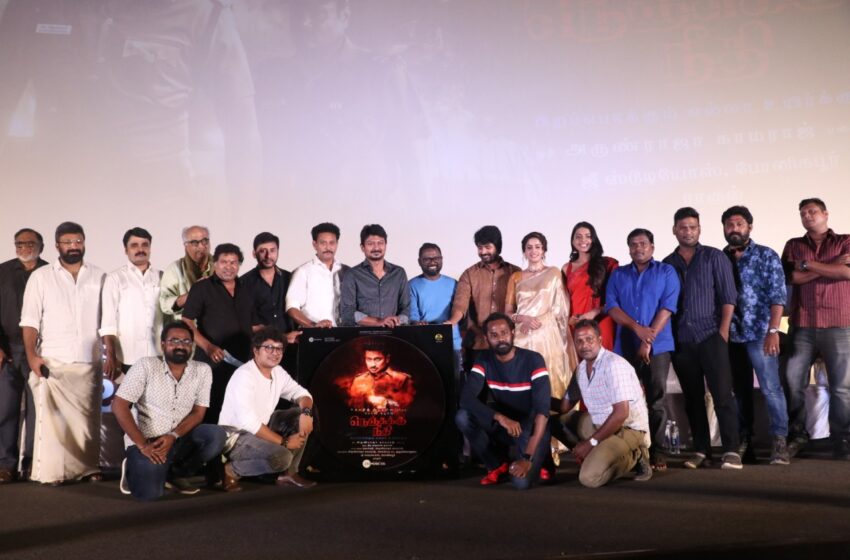 Boney Kapoor’s Bayview Project LLP in association with Romeo Pictures Rahul is producing the movie titled ‘Nenjukku Needhi’. The movie, a remake of Article 15, features Udhayanidhi Stalin in the lead role. The movie is directed by Arunraja Kamaraj and is gearing up for worldwide theatrical release on May 20, 2022.

The audio and trailer launch of this movie was held in Chennai, and here are some of the excerpts from the event. 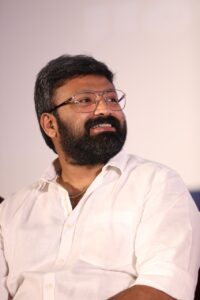 Music director Dibu Ninan Thomas said, “Nenjukku Needhi is so close to my heart and the main reason is it core theme. I am very proud to be a part of this movie. The album has four songs, and the songs you all listened here are penned by Yugabharathi. To have him as a lyricist for this movie is a boon as his lines were so deep and intense. I thank the press and media for being a great support from my first movie. I thank Boney Kapoor sir, Romeo Pictures Rahul, Udhayanidhi sir. I glad that Sivakarthikeyan is here as special guest, and I am always supported by him. I request everyone to support this album and appreciate if you all like this song.”

Cinematographer Dinesh Krishnan said, “This is my second movie with Arunraja Kamaraj after Kanaa. Since, the movie has an intense premise; we had to face challenges involving timing and locations. I am so excited to see Udhayanidhi sir as police officer on the big screens. I request everyone to support this movie, which is releasing on May 20.”

Art Director Vinod said, “I had a great experience while working in the film Nenjukku Needhi. The songs have turned out to be very good. The entire team was supportive and friendly. I request everyone to watch this movie in the theaters and extend your support.” 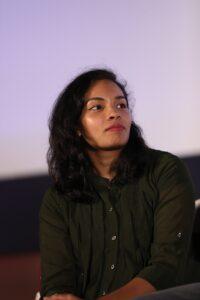 Choreographer Leelavathi said, “This is my debut movie as choreographer. I thank Rahul sir for giving an opportunity in this movie. I would like to thank Arun sir. It’s not an easy decision for a filmmaker to give chance for a new choreographer in their respective movie. However, he gave me complete freedom, which helped me a lot. Huge thanks to Udhayanidhi sir. I have already worked with him for few songs when I worked as assistant to choreographer Brindha master. Usually, it would be jovial to interact with Udhayanidhi sir in previous movies, but this time, it was really different as he looks someone more powerful for he got into the skin of his character. I thank DOP Dinesh sir for being completely supportive.

Stunt Master Stunner Sam said, “I thank Arunraja sir, Udhayanidhi sir, Rahul sir and Boney Kapoor sir for giving me a chance to be a part of this movie. “Everyone is born equal” and this movie will impart this message with so much of intensity. I thank the entire cast and technical crew for being a complete support for me during the shoot.” 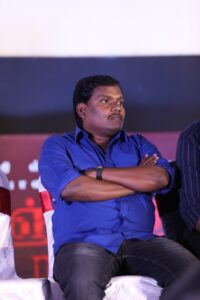 Lyricist Yugabharathi said, “This is the first-ever time, Udhayanidhi sir has played lead role in a sensitive social issue based movie. Arunraja Kamaraj himself is a good lyricist, and I was surprised when he wanted me to write lyrics for this movie. We have done a folk song, and Dibu has given an extraordinary music to it. The movie will be definitely liked by everyone.”

Actress Shivani Rajashekar said, “I am really nervous to be here amidst the great icons of Tamil cinema. When I got to know that Article 15 is getting remade in Tamil, I requested Arun sir to audition me and make me a part of this project, if he is convinced with my performance. I was really happy when he chose me to be a part of this movie. I was initially very thoughtful on how Udhayanidhi would treat me on the sets, and he was friendly throughout the shoot. I thank Boney sir, Rahul sir for making me a part of this movie. I thank the entire crew for being so kind and supportive for me.” 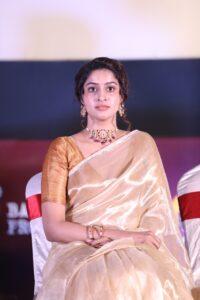 Tanya Ravichandran said, “I thank producer Boney Kapoor sir, Rahul sir, Udhayanidhi sir for giving a chance to be a part of this movie. I thank the entire cast and crew for being a great support.”

Director Magizh Thirumeni said, “I have a journey of past 4-5 years with Udhayanidhi sir, and he has been a great human, who treats everyone equally on the sets and anywhere in the public. And so happens to be the protagonist in the Nenjukku Needhi. This is the reason, why this role is very well presented by Udhayanidhi as his real life nature intersects very well with the character in this movie. I would like to tell Arunraja Kamaraj that everyone Udhayanidhi sir comes to our shooting from your sets, he is high-spirited and highly energetic. This itself is the success of your movie. I am sure Nenjukku Needhi will be a great movie that has outstanding dialogues and wonderful making.” 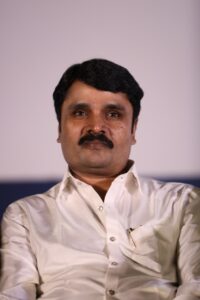 Producer Anbuchezhian said, “Udhayanidhi sir always know the success formula, right from his debut movie itself. Nenjukku Needhi is going to be a very special movie. The dialogues and the complete movie are very powerful. I congratulate Boney sir for remaking a very good movie. I wish Rahul for materializing this project efficiently. I wish grand success for the entire cast and crew.”

Producer Sathya Jyothi Thyagarajan said, “I have always liked the movies of Udhayanidhi movies as his roles would be more like boy-to-next door. He has always excelled in humour scripts, and this one, he has surprised me with his police role. I have followed him from his childhood, and it’s great to see his youthfulness. I wish the entire team for the grand success of this movie.” 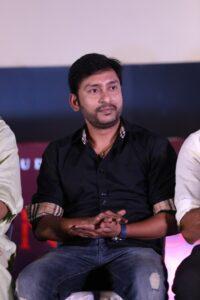 Actor-Director RJ Balaji said, “There was an incident in my life that personally impacted me a lot. During the time, when Rajini sir’s Kabali was released, I was shooting in a place, where I came across few youngsters and asked them if they watched the movie. But they surprised me with a reply stating that they wouldn’t watch the movie made by that particular filmmaker. Caste issues are still predominantly prevailing in many parts of Tamil Nadu. When movies like Nenjukku Needhi are getting released frequently, this will fade away. Tamil Nadu has progressed a lot because of Kalaignar Karunanidhi. He was known for his hard work and approachability. It has been passed through genes for Udhayanidhi as well. During the same date (May 7) last year, where he had to take oath for his cabinet ministry, I had serious issues of my friend prone to critical situation of a boy, who was suffering from COVID. He was newly married and the situation was too bleak. In spite of such a busy and important day, both Udhayanidhi and Kiruthiga made sure that the boy got proper treatment. Nenjukku Needhi will be a groundbreaking movie in the Tamil movie industry. I wish great success to the entire team.” 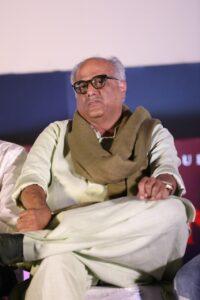 Producer Boney Kapoor said, “I thank Udhayanidhi Stalin for accepting this movie. Rahul has been a great support in nurturing this project. Yes, the film is a remake of Article 15, but the way Arunraja Kamaraj has captured the nativity of Tamil Nadu and has completely modified it is extraordinary. I have seen the movie couple of times, and I am really happy about the way, the movie is shaped. When the teaser of this movie was released, I was so much glad to hear my daughters saying that the movie looks so great than the original version of Article 15. Rahul deserves special applause for a great support. I am sure this movie will be liked by all the audiences.” 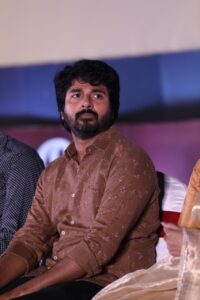 Actor Sivakarthikeyan said, “During the pre-release of Don, Udhayanidhi sir told that I am the Don of Tamil cinema, but to be honest, he is the one. Don has various synonymous definitions. The one with weapons can be called as ‘Don’ and even the ones with ‘Bravery in Heart’ too. He has been consistently promoting our film ‘Don’ in various aspects. Udhay sir’s down-to-earth nature is really amazing. I am still wondering how he is able to balance many works at the same time. My friend Arun Raja Kamaraj has always aspired to make good movies. I was going through one of the YouTube comments for the film’s teaser, where someone mentioned ‘The frames in this movie are more like Zack Snyder, the famous Hollywood director. I am glad that Arun has made a great movie. Now I request him to write a good script for me. I always have a fear in being a part of remake movies, but after watching the trailer of this movie, I have got good confidence and input to take in. Arun raja has gone through a terrible loss in his life. Every time, there is an event involving us, his wife would get ready first. He has incurred a great loss, but hereafter, his life will be filled with only happiness. I wish grand success for the entire team.” 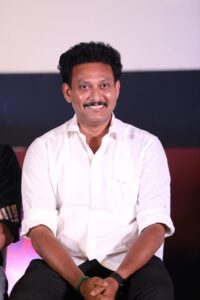 Cabinet Minister-Politician Anbil Mahesh said, “I am in no way related to this movie like other actors and technicians, but I am somewhat related to Udhayanidhi here. This is such a greater moment for me. Udhayanidhi has a great heart and the humanity in him has made the entire Tamil Nadu believe in him. I am sure this movie is going to be a big hit. I wish the entire team for the great success of this movie.”

Actor Udhayanidhi Stalin said, “It was a surprise call from Boney Kapoor sir as he usually makes movies with Thala (Ajith Kumar). During our first meeting, we interacted a lot, where sir informed me that he has got three remake projects in hand among which couple of them were comedy capers. I told him that I am bored playing the same routine roles, and I chose to be a part of Article 15. Choosing director for this movie was a big task. I got to watch Kanaa, and saw a particular shot that had ‘Periyar’ Ayya photo in the backdrop. So I had a clarity that Arunraja is 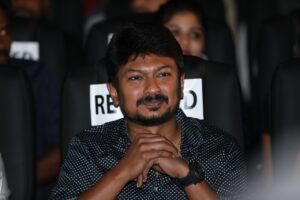 going to be the director of this film. He has incurred a heavy loss. His wife Sindhu was actively working during the first schedule like an assistant director. Her demise is completely unacceptable. We lost nearly 2-3 crewmembers due to pandemic crisis. This movie is going to be really special for everyone. This film is based on an incident that happened in Madhya Pradesh. Even today, there are many problems in Uttar Pradesh, and the state is 30 years behind Tamil Nadu. It’s all because of Tamil Dravida Iyakkam. I am sure that Arun will reach greater heights like Sivakarthikeyan said now. He is a strict director. He would keep smiling, but wouldn’t compromise even for a single shot. Choreographer Leela accepted to be a part of this project only after clearly asking if I have got any dance sequence (On a jocular statement). Art director Vinoth has done a great job of erecting a village set work so efficiently. Cinematographer Dinesh has been proficient. He is genius, where he shot the sunset as sunrise sequence. He was so supportive throughout the movie. I was initially doubtful if I can carry out the role of police officer efficiently. I thank the entire team for shaping me in this good role. In particular, Dinesh has molded me so much perfectly. Music director Dibu has done a marvelous job, and I appreciated him at the time of teaser release itself. This is a movie that will have an issue that is so relevant, and I hope it will be liked by audiences. I thank Boney sir for believing in me and making me a part of this project.”