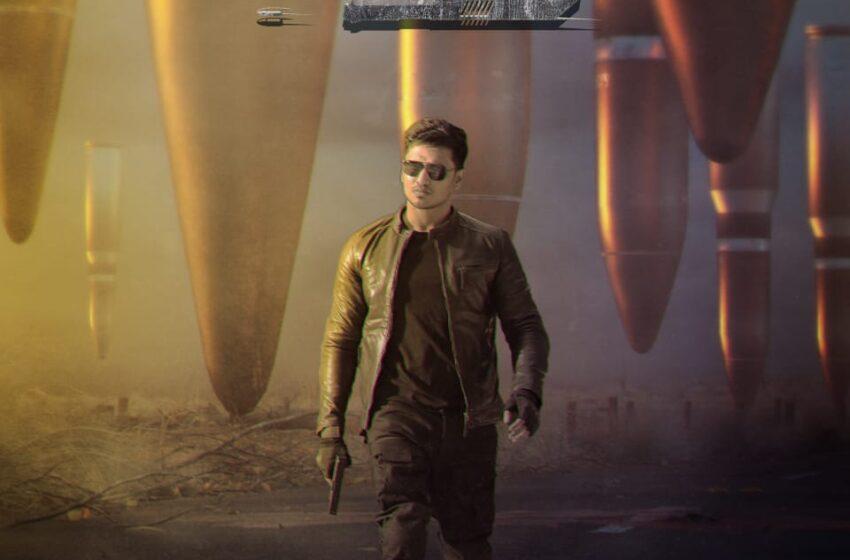 Depicting Nikhil’s character, the movie is titled as SPY. What grabs our attentions is the intriguing way of the title design. Guns, bullets, sniper gun scope are used to design the title with bold letters. Dressed in black t-shirt, black Jacket and black cargo pants and Classic Aviators, Nikhil looks super stylish, as he walks elegantly with a short gun in his hand. He looks aptly as SPY in the poster. The kickass title poster creates great impact and generates enough interest on the movie. 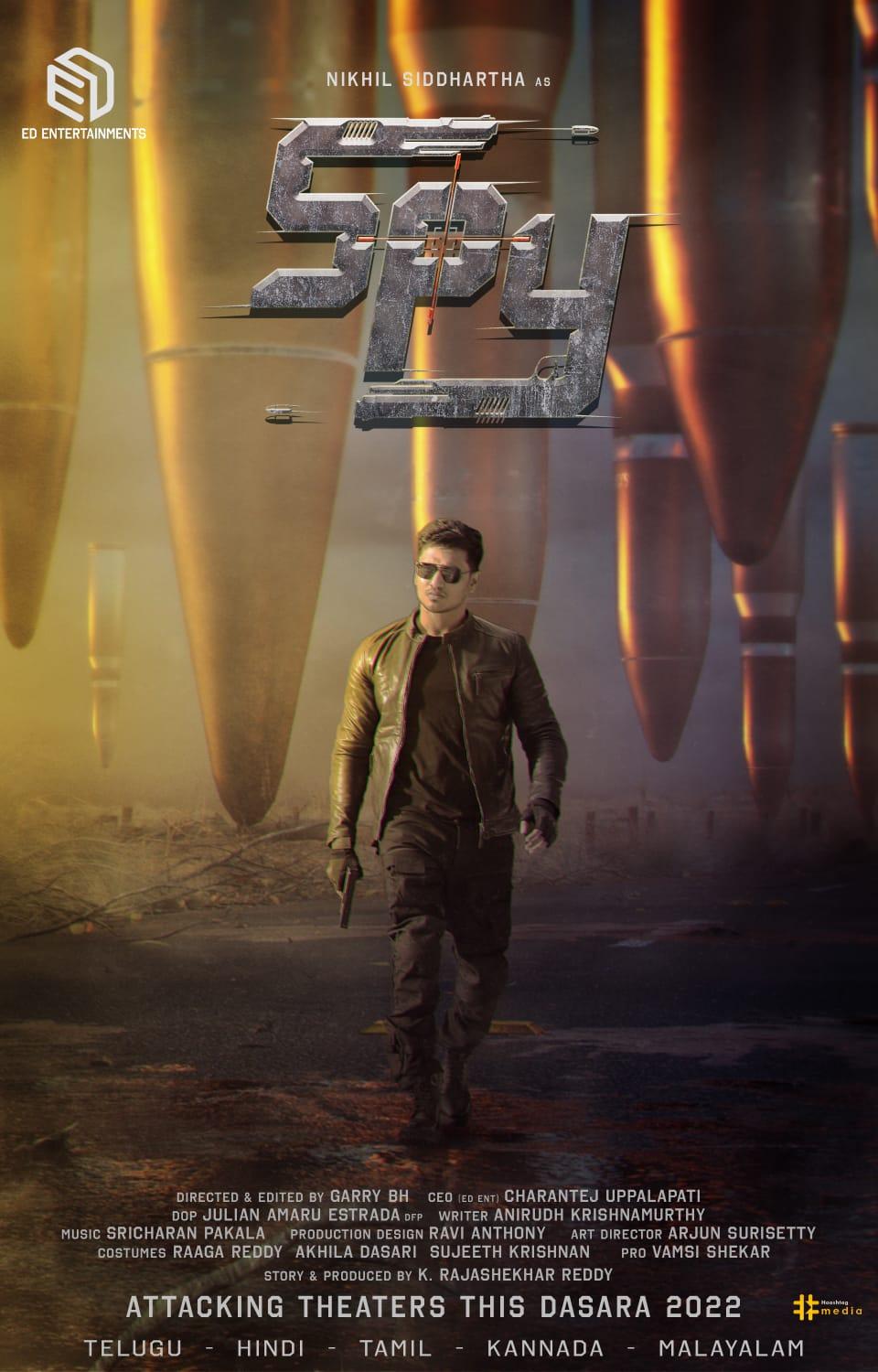 SPY marks first Pan India release for Nikhil who will be seen in a completely different avatar and character. The film will have its theatrical release worldwide for Dasara, 2022 in Telugu, Hindi, Tamil, Kannada and Malayalam languages. “Attacking theatres this Dasara 2022,” announced the makers.

Producer K Raja Shekhar Reddy has also provided story, while Garry BH also takes care of editing.
Iswarya Menon is playing the leading lady opposite Nikhil in this flick billed to be a complete action-packed spy thriller being made on a large scale.

This high budget entertainer will have association of some prominent technical crew. Hollywood technician Julian Amaru Estrada is the cinematographer, while a Hollywood stunt director is overseeing the action sequences. Sricharan Pakala renders soundtracks for the film.Arjun Surisetty handles art department, while Ravi Anthony is the production designer

Charantej Uppalapati is handling the entire production as CEO of banner Ed Entertainments which is bankrolling the project. Along with this project, the production house is also planning to do 2 more projects this year, one among them is with DJ Tillu fame director Vimal Krishna.