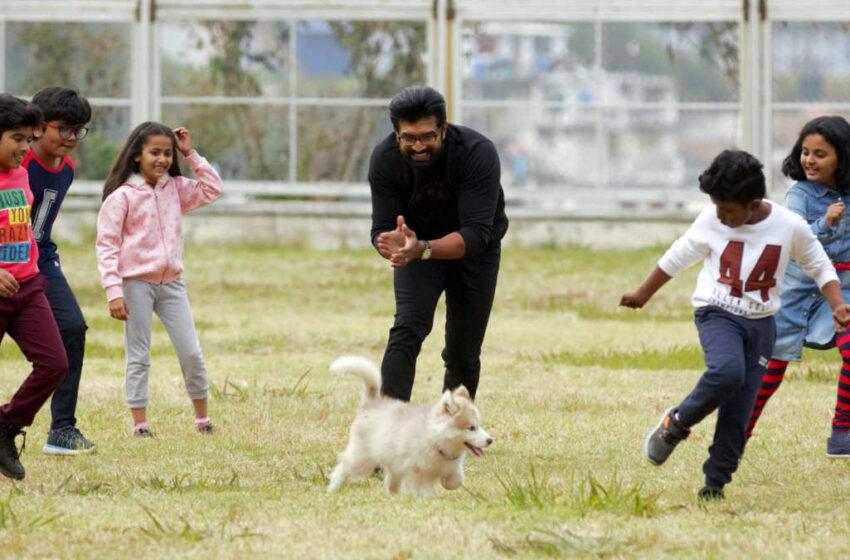 Let us check out how engaging the movie is.

When a blind Siberian husky dog is picked by a little boy Arnav, his family comprising his father (Arun Vijay), mother (Mahima Nambiar), and grandpa (Vijay Kumar) are dead against his desires. But sooner, they soon develop an affinity for the dog. When it’s time for the Annual Kennel Club Tournament, they decide to let their dog compete, but then begins the actual trouble as its original owner Fernandez (Vinay), a cruel tycoon, a dog breeder, who had initially asked his sidekicks to kill it gets to know about its identity.

First and foremost, producers Suriya and Jyotika deserve special mention for coming up with such a breezy movie catering to the tastes of family audiences. It’s been a long time, since a perfect kids-centric family entertainer was made in Tamil cinema. The production house has filled up this space by delivering Oh My Dog. Yes, we have come across many such movies in Hollywood, and you might even find the traces here. However, it has been neatly written with good characterizations. This has helped the actors to perform very well indeed. What’s so surprising is to see Arun Vijay remain aloof from regular prototyped larger-than-life roles, and perform a natural character. Arnav looks very professional. For a newbie like him, we could have expected him to be an amateur here and there, but then, he surprises us with his wonderful performance. It’s a delight to watch three generations of actors from the same family work together.

There are few scenes, where these actors score on the emotional aspects. Check out the scene, where Arun Vijay weeps to his father, and his father Vijay Kumar convinces him back. The scene where the grandpa contributes to the husky dog’s treatment is a gleeful package. Such scenes embellish the beauty of family, and it’s done in a good manner. There are a few exaggerated moments like A Venkatesh character behaving like an old-age Tamil cinema villain, and the climax action sequence. Well, this could have been for the fans of Arun Vijay, who expect at least a small toast of action.

Mahima Nambiar has complete justice for her character. It looks like Vinay will be soon acclaimed as one of the best onscreen baddies beyond Tamil cinema. Having played a cruel villain in movies like Doctor and Etharkkum Thuninthavan, he is seen as an antagonist with different shades. The way, the director has written his character and made it look perfectly convincing by the climax is appreciable.

Technically, the musical score by Nivas K Prasanna is appreciable, and it adds more intensity to the narration.

On the whole, Oh My Dog is a breezy feel-good family entertainer that will prove to be a worthy one to spend your time for.