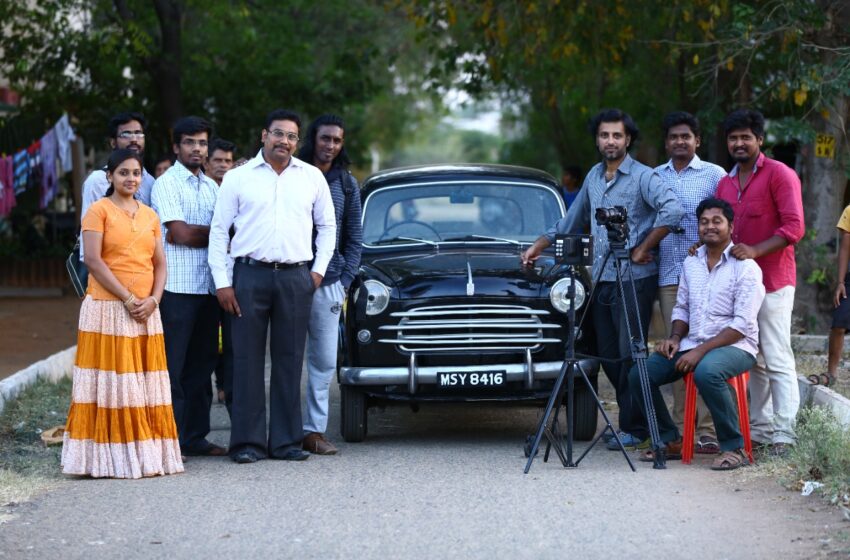 Moreover, the films like Seethakadhi, Andhaghaaram, Ennanga Sir Unga Sattam produced by this banner are garnering beautiful response in every home. The Production House that has already lined up a wide array of promising projects is all set to amuse the film buffs with its new movie titled ‘Pothanur Thabal Nilayam’, directed by Praveen and produced by Sudhan Sundaram and G Jayaram of Passion Studios. It’s a trilogy based on Period-Suspense-Crime-Investigation Thriller.

The first part is set in the year November 1990, where the entire story will be a 2-day incident in the backdrops of Pothanur Thabal Nilayam (Pothanur Post Office). The crew has already completed the shooting of first part, which will have its release soon. The team is planning to complete the shoot of second and third part in a stretch from January 2022.

This is the first-ever time in Indian industry, where a movie is made with post office as the central backdrop. Since, the story owns ‘Period’ elements with the premise of the year 1990, lots of efforts have been exerted by the art department to offer precise authenticity in visuals.

Debutant filmmaker Praveen also plays the lead role in this movie and Anjali Rao is the heroine. Around 75 newcomers will be seen playing prominent characters in this movie. Most of them are theater artistes in and around the Coimbatore region. They were selected for the movie after a long process of auditioning. It is worth mentioning that filmmaker Praveen has 13 years of experience in the world of VFX and Animation. He has worked for several Hollywood movies and was the technical director of Superstar Rajinikanth’s movie Kochadaiyaan.