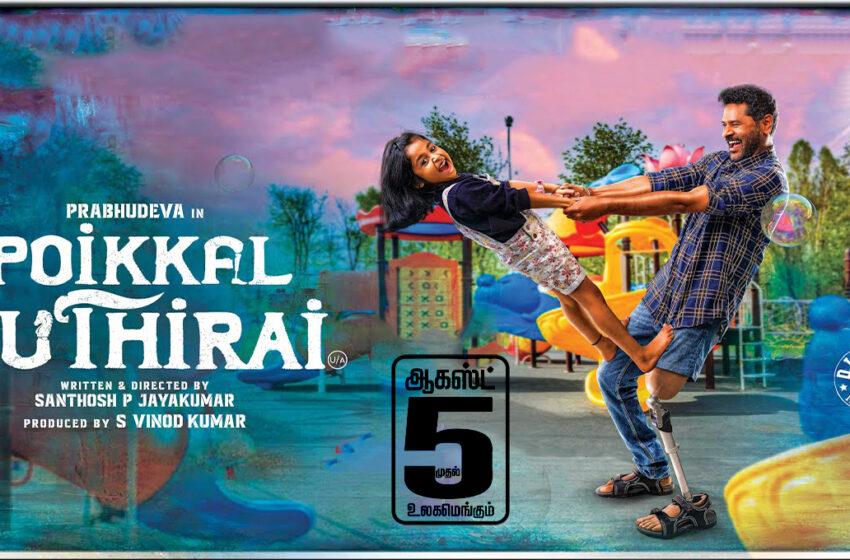 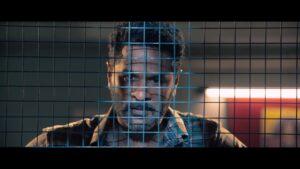 The movie revolves around Kathiresan (Prabhu Deva), whose has lost his wife and a leg in an accident. His only solace and hope in life is his little daughter Magizh (Aazhiya). His life looks picture-perfect until Magizh is diagnosed with a rare disease, and can be cured only with surgery that cost Rs. 75Lac. When he approaches his imprisoned father (Prakash Raj), who is sentenced for a criminal act, he suggests his son to kidnap the only heir of a billionaire family, little girl Shreya (Riya), daughter of Rudhra (Varalaxmi Sarathkumar) and Deva (John Koken). Initially, Kathiravan doesn’t want to do it, but situations force him to do. However, things get awry, when someone has already abducted Shreya ahead of him. 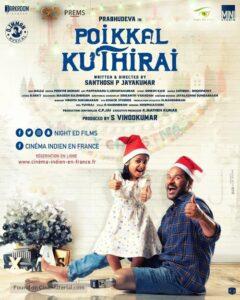 The movie, in many places, faintly reminiscences of Hollywood movie ‘Man on Fire’, which has been already replicated in many regional movies including Tamil movie ‘Yaanai’… However, Santhosh has worked smartly in adding some twists, turns and surprises in the movie including the climax. What works out yet more benefits for the movie is Prabhu Deva’s involvement and performance in this movie. Director Santhosh’s ability to bring in some proficient actors like Prakash Raj and Shaam is appreciable, but their screen time is very limited. Maybe, it looks like their portions would be more in the second hour, if the director aspires to do so. Varalaxmi Sarathkumar is good with her performance. John Kokken is just okay.

Background score by D Imman is appreciable, but the songs add no value to the movie.

Few scenes are predictable in this movie; however, the availability of twists and turns here and there adds good mileage to this movie.

Overall, Poikkal Kuthirai is interesting in few parts and if director had managed to make the screenplay more engrossing, it would have been much finer.

Verdict: The story looks predictable, but Santhosh’s smartness in surprising us makes it watchable.
Rating: 2.75/5