for his Magnum Opus RadheShyam. After so many previous asset releases and introduction of character Vikramaditya, RadheShyam’s new poster is here to intrigue the fans leaving them more excited and curious for the lyrical video coming out.

Earlier today, makers of RadheShyam dropped in a poster from the film, which is more like a fantasy photo showcasing deep blue ocean and a car coming out from far. 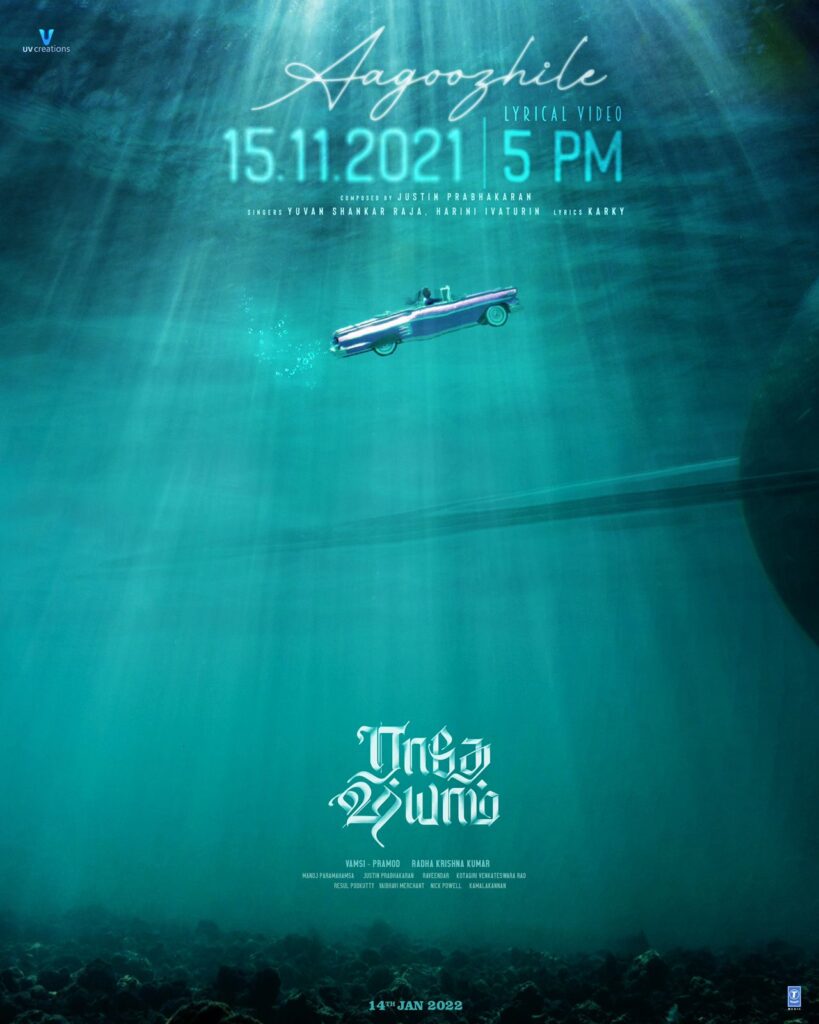 The latest poster is quite fascinating and makes the wait for the film worthwhile. It also highlights the film’s first single and the video which will be revealed on November 15 at 5 pm, will be a lyrical and conceptual video which will be out in 4 regional languages – Tamil, Telugu, Malayalam and Kannada. Justin Prabhakaran has composed music for the song in all the four southern languages, Interestingly, the Hindi version has a different music for the same lyrics. Perhaps for the first time something like this is being attempted in Indian cinema, which is no doubt another feather in the cap of Radhe Shyaam.

A hindi version of the song is slated for release little later.
The fans would surely get behind this like they have showed excitement with every asset launch.

A few days earlier, another special poster of Prabhas was unveiled and prior to that an eye-catching poster of his co-star Pooja Hegde was also out on her birthday. The duo has got the fans excited and they can’t wait to watch them pair up on screen and create magic.

There is no doubt that Prabhas’ role is a very unique one. No actor comes to mind when recalling last time an actor took on such a unique ride. Prabhas’ fans are surely in treat with multiple gifts with his portrayal in Radhe Shyam.

The film will hit the screens on January 14, 2022. RadheShyam will be multi-lingual film and is helmed by Radha Krishna Kumar, It is produced by UV Creations.
The film is produced by Vamsi and Pramod