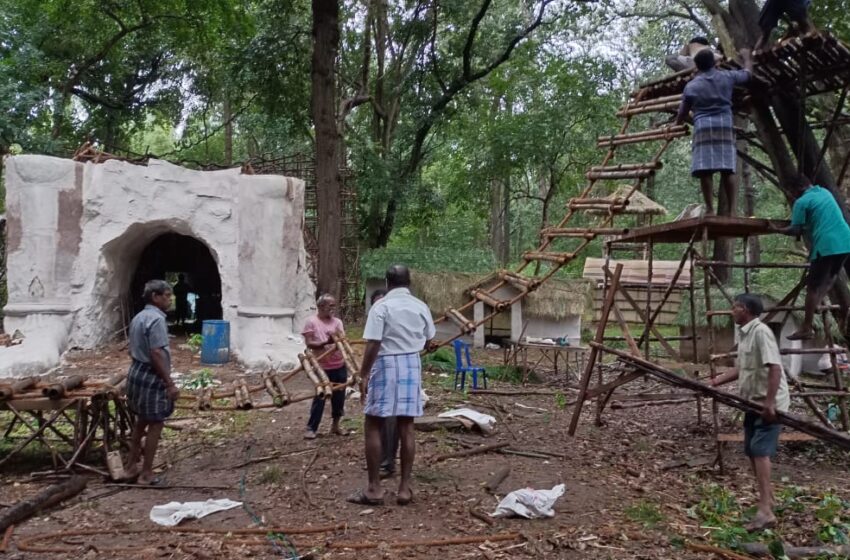 Kollimalai, a hilly region, was ruled by great king Valvil Ori, one of the seven great philanthropists in history. Known as Kurinji land in Tamil literature, Kollimalai is home to Siddhars and rare powers.

It is believed that powerful deities including Lord Periyannan, Goddess Ettukai Durgai and Lord Arappaleeswarar dwell here. Not many film shoots were held in this part. That too, 1500-ft Aagaya Gangai waterfalls is a special attraction of Kollimalai.

Even tourists have to face challenges to reach the waterfalls. Aagaya Gangai is not visible from any part of the hills. Only after climbing down 1250 narrow steps and touching the last step, one could see the full view of the waterfalls. It is such a gigantic natural secret.

For the first time, Prabhudeva’s upcoming film produced by K Murugan of M S Movies and directed by Pa Vijay has been shot in Aagaya Gangai, after getting necessary permission from government authorities. To reach the spot, the cast and crew comprising over 300 persons had to start from 5 am early in the morning with the help of dolly and local people.

They had to carry technical equipment required for shoot and face huge rocks, wind and rain to reach the waterfalls by around 11 am after enduring pain and struggles. Prabhudeva, Mahima Nambiar, Devadarshini, Dheena, Arjai and other members of the movie’s team from catering worker to assistant directors cooperated well to shoot the film in the picturesque locale.

Producer K Murugan has appreciated and thanked the entire cast and crew of the yet untitled horror crime thriller for their dedication and involvement.

Here are some of the photographs and videos taken at Aagaya Gangai waterfalls when the shoot of the big-budget movie produced by K Murugan of M S Movies and directed by Pa Vijay starring Prabhudeva as protagonist was held there.