Directed by Tha. Se. Gnanavel, Jai Bhim is a gripping courtroom drama about the journey of one man who roseagainst all odds and championed the cause of justice for the oppressed Headlined by Actor Suriya, Jai Bhim will be streaming for Prime members in India and across 240countries and territories this Diwali on 2 November 2021 in Tamil, Telugu andHindiAmazon Prime offers incredible value with unlimitedstreaming of the latest and exclusive movies, TV shows, stand-up comedy, AmazonOriginal series, ad-free music listening through Amazon Prime Music, free fastdelivery on India’s largest selection of products, early access to top deals,unlimited reading with Prime Reading, and mobile gaming content with PrimeGaming 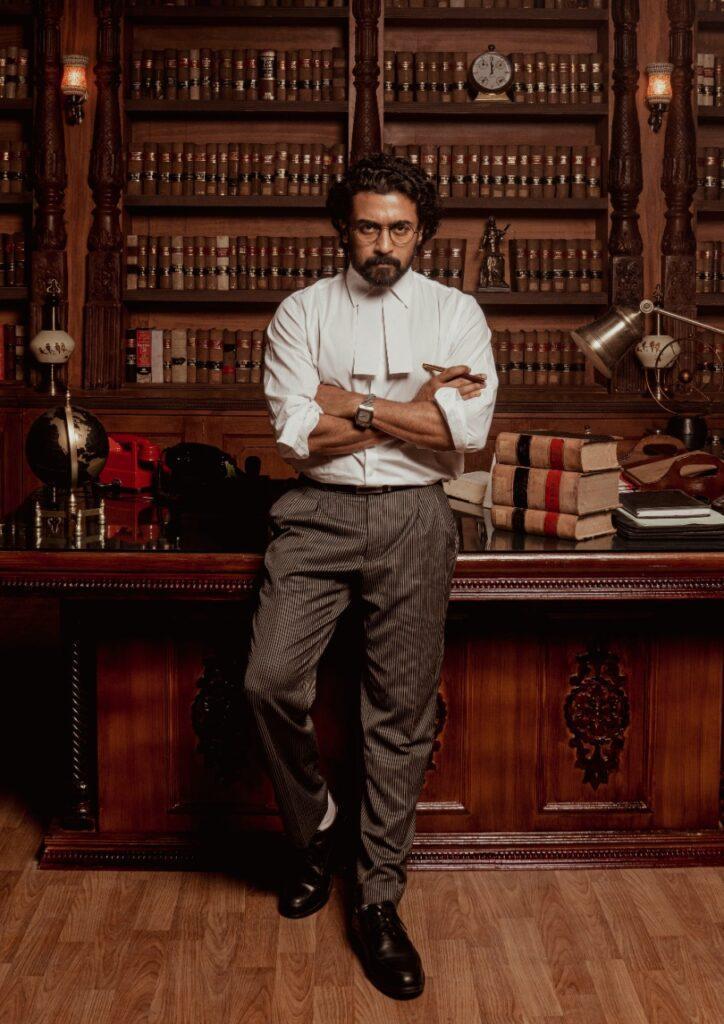 MUMBAI, India, 22October 2021: Prime Video today unveiled the trailer of the much-awaited film Jai Bhim,starring Suriya in the lead role. Set to release globally this Diwali in Tamil,Telugu and Hindi on 2 November, 2021, the film is a part of Prime Video India’sfestive lineup. Writtenand directed by Tha. Se. Gnanavel andstarring Prakash Raj, RaoRamesh, Rajisha Vijayan, Manikandan, and Lijo Mol Jose inpivotal roles, Jai Bhim has been produced by Suriya and Jyotika under the banner of 2D Entertainment. Co-produced by Rajsekar Karpoorasundarapandian, Jai Bhim has music by Sean Rolden. Theteam behind this film also includes DOP SR Kadhir, Editor Philominraj, and Art Director Kadhir.Jai Bhimis a thought-provoking story based on true events that happened in the 1990s inTamil Nadu. The fast-paced trailer takes us into thelife of a hardworking tribal couple, Senggeni and Rajakannu. Their world fallsapart when Rajakannu is arrested on false charges and later goes missing frompolice custody. Sengenni in her efforts to find her husband seeks the help ofAdvocate Chandru, intensely portrayed by Suriya, who takes it upon himself tounearth the truth and fight all odds to bring justice to the tribal woman.“Jai Bhimis a poignant tale about a man who emerges like a speck of light in the livesof the helpless, making it a beautiful and inspirational story to bring to ourcustomers this Diwali,” said Manish Menghani, Head, Content Licensing,Amazon Prime Video India. “With a compelling narrative and powerfulperformances, the film has all the makings of blockbuster. As Suriya dons themantle of a common man’s champion, the gripping storyline shows us how one mancan be a motivation to many. We are thrilled to continue our collaboration with2D Entertainment and add this much-awaited, stimulating story to our existingrepertoire.”“When this story was narrated tome, it tugged at my heart strings. The narrative of Jai Bhim represents extraordinary strength and, most importantly,the value of human rights,” said Founder of 2D Entertainment, Producer and leadactor Suriyawho essays the role of Advocate Chandru. “I hope that I have done justice inportraying this character in the film. Weare happy to continue our collaboration with Prime Video for this special filmand take it to audiences world over in multiple languages. With Tha. Se.Gnanavel’s vision as a director, we have been able to put together a film thatwill travel across borders and connect with viewers at an emotional level.”“With Jai Bhim, it is my heartfelt wish to reach out to audiences and have them knowhow the sheer grit and determination of just one man can turn into a movementand how each small step can turn into a big leap,” said Tha.Se. Gnanavel, Director of Jai Bhim. “The story of Jai Bhimis very close to my heart as it dwells upon an intriguing subject, that of asocial crusader taking the call of fighting for the rights of a helpless,downtrodden woman and delivering justice to her. Forme, it was very important that this film reaches out to as wide an audience aspossible and I am glad for JaiBhim’s release on Prime Video in Tamil, Telugu and Hindi, and I amdelighted that it will be watched by cinema lovers across 240 countries andterritories. I am looking forward to the audience’s reaction upon the releaseof Jai Bhim this Diwali on 2 November.