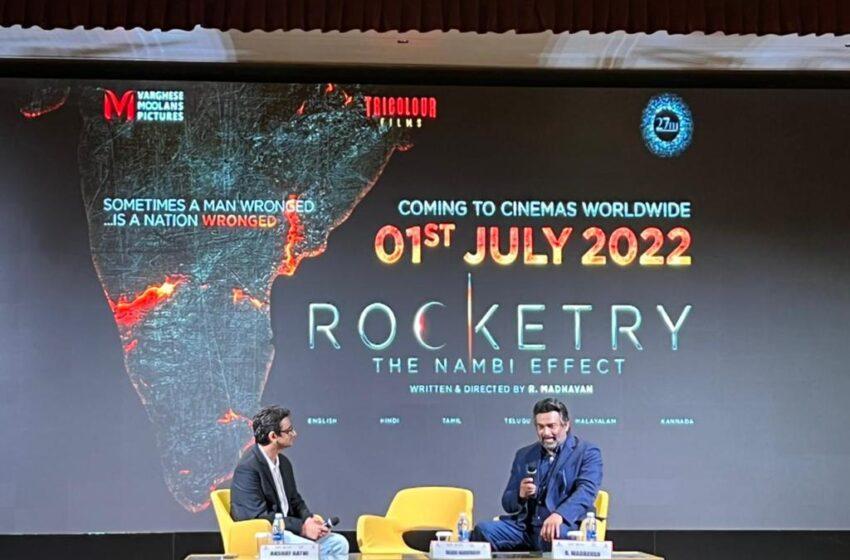 R Madhavan’s directorial debut “Rocketry: The Nambi Effect” trailer wowed the crowds at Dubai Expo 2022. The intriguing part about the event was audiences expressing their token of appreciation towards the tremendous trailer with a standing ovation. They were exhilarated when the man of honor – Rocket Scientist Nambi Narayanan stepped to the stage for interacting with the special invitees. 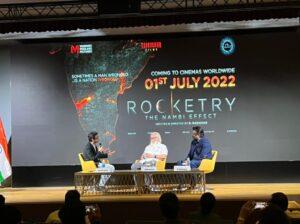 During the occasion, the Rocket scientist Nambi Narayanan was asked about his decision to have R Madhavan narrate his story, he gave a convincing reply. He said, “I wanted someone, who can really understand the essence of engineering. Of course, Madhavan is an engineer, and I felt easy to narrate my story to him. There was a particular situation, where I started explaining my attempts to save the life of APJ Abdul Kalam, and he instantly deciphered the term ‘Imbalance in Atmospheric Pressure’. So, he knew about engineering as an inherent part of his nature.”

The entire crowd was spellbound to hear the iconic rocket scientist convey a message to the youngsters that one has to follow the path of truth. When wronged by someone, they shouldn’t give up the battle and have to fight till justice is served. 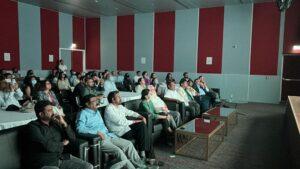 Rocketry: The Nambi Effect is a biographical drama based on the life of Nambi Narayanan, a former ISRO scientist, who was framed under spy scandal, and got acquitted after years as innocent. While Madhavan is playing the lead role of Nambi Narayanan, the others in the star cast include Simran, Rajat Kapoor, Ravi Raghavendra, Misha Ghoshal, Karthik Kumar, star in the film, which also features special appearances by celebrities Shah Rukh Khan and Suriya.

Rocketry: The Nambi Effect has been extensively shot in India, Serbia, Georgia, Russia, France, and Canada on a massive scale. Written and directed by R Madhavan, he has produced the film along with Sarita Madhavan, Varghese Moolan, and Vijay Moolan for Tricolour Films and Varghese Moolan Pictures.

The film is scheduled for worldwide theatrical release on July 1, 2022.