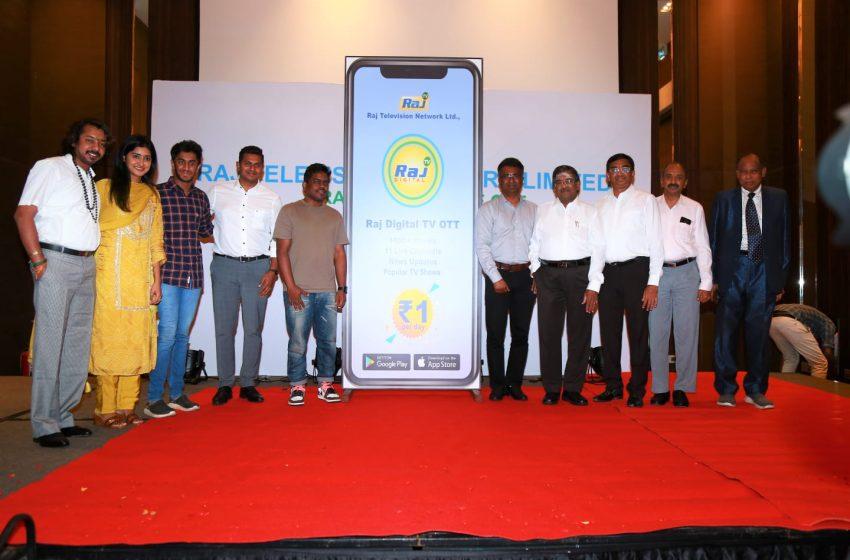 Raj Television Network (RAJTV), one of the pioneer Private Commercial Television Broadcasters with evergreen library of Tamil, Telegu and other language movies and content, has forayed into the subscription-based video-on-demand market with the launch of RAJ DIGITAL TV. Like the other subscription services, this one is also available on Android, iOS and the web.

AIRTEL IQ is the technology partner to RAJ DIGITAL TV OTT and the OTT was built by Airtel IQ itself and also the backend support is provided by Airtel IQ with enhanced Technology. RAJ DIGITAL TV offers a collection of over 1000 movies plus in Tamil language, music videos, TV shows, and live TV in the 4 south Indian languages such as Tamil, Telugu, Kannada, and Malayalam apart from other languages. Interestingly, there is some original content as well for the users of this service. RAJ DIGITAL TV Subscription Plans are daily Rs.1 per subscriber payable on monthly basis and yearly subscription plan for direct subscribers, and various revenue models with channel partners like Airtel Xtream are also planned.

The OTT application is available in both Android play store and iOS.

Already Raj Television Network Ltd Channels have more than 20 Million subscribers. The firm expects a substantial revenue addition from the OTT segment. The network is expanding further to gaming, RAJ METAVESRE entertainment platforms and other monetisation platforms in addition to Entertainment Segment.