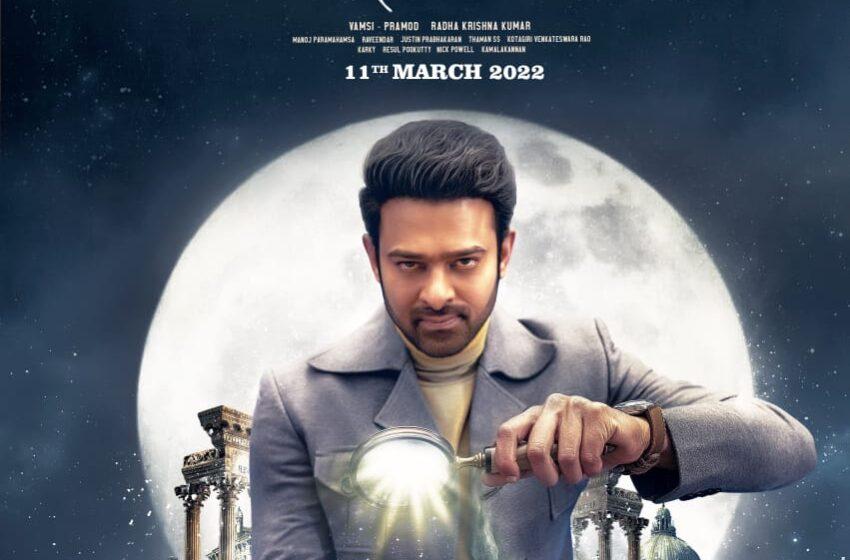 Produced by Vamsi and Pramod on UV Creations banner, Radhe Shyam directed by Radha Krishna Kumar is one of the much awaited movies of this season.

The big-budget movie is all about war between love and destiny. The story takes place between Vikramaditya (Prabhas), the celebrated palmist with some unique abilities, and the love of his life, Dr Prerna (Pooja Hegde).

The chemistry and emotions between the lead characters are among the highlights of Radhe Shyam, with the others being the making, narration, visuals and music. Already, the film’s trailer and songs have become a huge sensation.

The film has musical score by Justin Prabhakar, while S S Thaman has composed the background score. Cinematography is by Manoj Paramahamsa. Lyrics and dialogues are by Madhan Karky. Radhe Shyam has been made in Tamil, Telugu, Hindi, Malayalam and Kannada.

Directed by Radha Krishna Kumar, Radhe Shyam produced by Vamsi and Pramod on UV Creations banner will be presented in theaters across Tamil Nadu by Udhayanidhi Stalin’s Red Giant Movies.