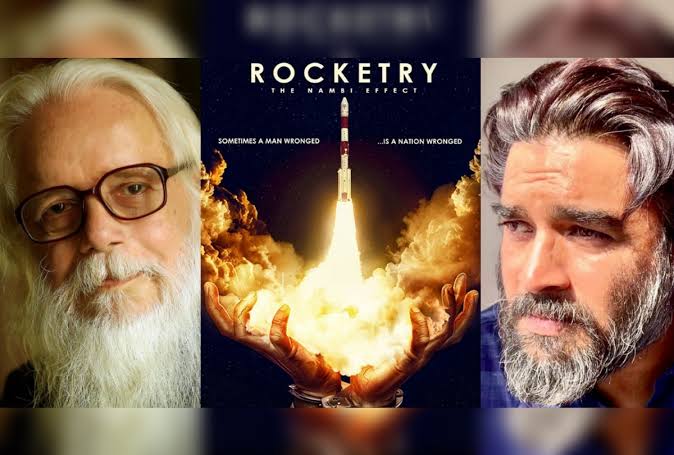 Actor Madhavan’s directorial debut ‘Rocketry’ is the biographical drama of ISRO scientist Nambi Narayanan, whose slew of achievements and contributions towards the country’s progress was ruined and devastated after being fabricated as a spy. The story traverses through the life of Nambi Narayanan (Madhavan), who shares his life journey that encompasses his contributions, achievements, downfalls, and redemption. Before getting started with the analysis, the Mastermind ‘Madhavan’, the man behind this epical creation needs special appreciation. One thing that keeps striking our minds while watching ‘Rocketry’ is how he could envisage this biographical play in such a way that it doesn’t become a hero-aggrandizing pic, but instead, an ordinary drama, which would still hit the bull’s eyes.

The earnest efforts of Madhavan are blatantly visible in every single scene. His tremendous efforts as a performer are over-the-top. Even in the scenes that demand silence, he keeps winning our attention with his body and language. A man with honesty isn’t bothered by any mishaps, and the attitude remains the same, irrespective of several blows. It is very convincingly and distinctly projected by Madhavan as a performer. Even during the scene of timer count down, there’s nothing that an actor could do as it’s all about looking at the screen, but he surprises us with his inquisitive, excited, emotionally kindled, and what else? Everything just through his eyes and body language!

How does a character get more gripping and intense? The performance and screen presence of an actor contributes a lot to escalating the prominence of a character. But powerful and hard-hitting dialogues always remain a core source that creates a deep impact on the audiences. In this aspect, Madhavan’s role as Nambi Narayanan gets stepped up with the dialogues. It’s not just about the protagonist delivering the lines, but a few other characters too. Say, for instance, Simran has some commendable dialogues to deliver, which makes her character look more intriguing. There are many actors in this movie, and all of them, have precisely done what is required for the role. Special courtesy to the taskmaster Madhavan, who has extracted the best from them.

So what are the best scenes where one might feel the pulse of Rocketry?

The investigation scenes, where you’ll be appalled for its rustic and raw approach.

The scene, where Madhavan and Simran together travel in an auto-rickshaw and the drama that follows up.
Suriya’s post-intermission episodes. The Pre-Interval scene.

There are a few more engrossing moments in this movie, but these are the cherry picks that audience will have retained in their memories.

Rocketry is a film that doesn’t try to be a one-man show. In all these sequences mentioned, it’s not just about a single actor’s performance, but the contribution of every single performer, and course, the technical brilliance too. In particular, the background score by Sam CS, in all these scenes remains the epitome of the maverick spell.

With a running length of 2hrs 40 mins and that too a biographical movie, an editor has a lot of responsibilities. The transitions are neatly done, and his ability to refrain from rushing and abrupt cuts makes the movie look so engrossing. The cinematography is decently handled. The pictorial representation of those rockets and research hubs is distinctly pictured.

On the whole, Rocketry deserves tons of appreciation for the remarkable effort of Madhavan. It’s not about his avatar as a performer and technician, but his ability to pick up a subject based on a true incident, which tills now remained beclouded in the eyes of billions in the country. 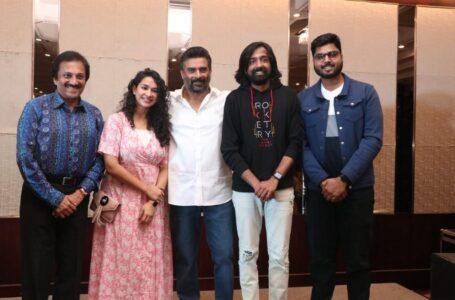