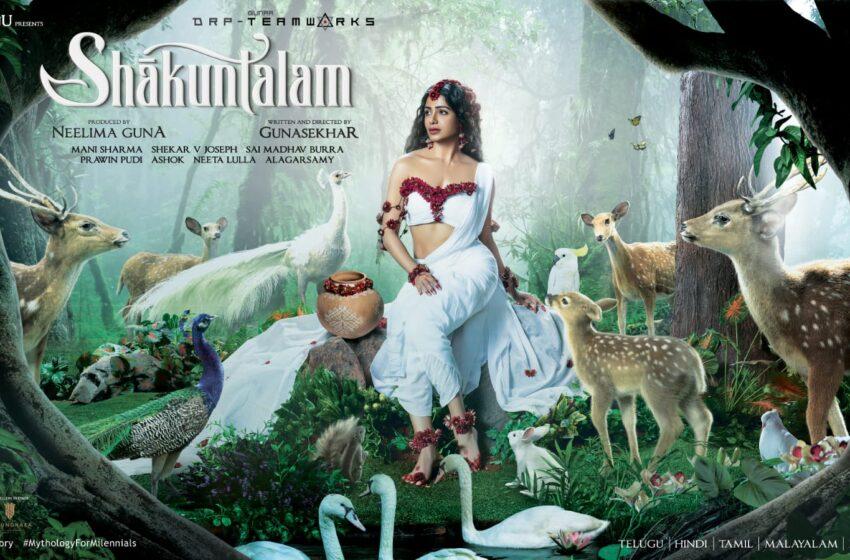 Shakuntalam, which has Samantha Ruth Prabhu in the lead role, is one of the big movies in the making. The multilingual is being made in Telugu, Hindi, Tamil, Malayalam and Kannada.

Now the makers have unveiled the first look of Samantha from the movie. She looks elegant in the poster and is seen sitting in a forest surrounded by birds and animals. Samantha is looking curious somewhere, while the inmates of the jungle look at her in awe.

Neelima Guna is producing the movie on a huge budget under the banner of Gunaa DRP – Teamworks. Shakuntalam will be presented by ace producer Dil Raju. It is said Gunasekhar has done a lot of research work for the movie.