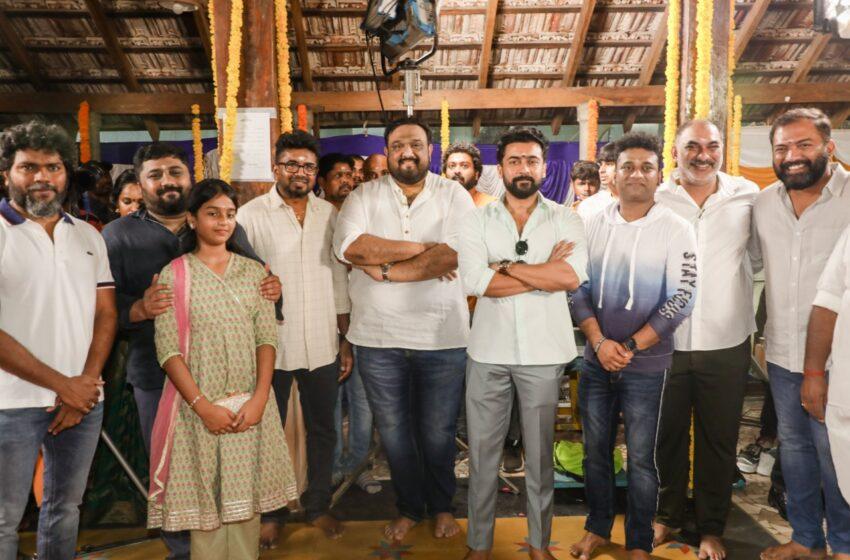 Actor Suriya’s new project tentatively titled ‘Suriya 42’, directed by Siva, and produced by Studio Green K.E. Gnanavelraja in association with Vamsi-Pramod of UV Creations has got its shooting commenced today.

Actor Suriya has proved his stature of ‘Rare Breed’ in the Indian film industry by befittingly looking perfect in both the domains of ‘Star’ and a ‘Performer’ with the grand success of all his movies including the recent ‘Soorarai Pottru’, ‘Jai Bhim’ & ‘Etharkum.Thunindhavan’. His uttermost dedication, sheer passion, and unparalleled perseverance in addition to his real-life heroic image keep expanding his domain on the Pan-Indian level. Furthermore, his brilliant choice of movies has earned the credibility of succeeding at the box office and winning critical acclaim. Winning National Award as the Best Actor for ‘Soorarai Pottru’ and International honour as a member of Academy Awards (Oscar) for his versatility, the actor has started shooting for his new movie today (August 24, 2022).

This movie, tentatively titled ‘Suriya 42’ marks the 25th production of Studio Green K.E. Gnanavelraja and will be a unique entertainer made on a grand scale in association with Vamsi-Pramod of UV Creations, who have produced some of the biggest Pan-Indian hits. Filmmaker Siva, whose fame as director of box office commercial cinema keeps escalating with every movie, has formulated yet another mega treat for the universal audience.

Bollywood’s hot and happening Disha Patani is playing the female lead opposite Suriya. Yogi Babu, Kingsley, Kovai Sarala, and Anand Raj are playing important characters. Talks are going on with few more prominent actors from the industry to play pivotal characters in the movie. The official announcement on the same will be made soon.

Suriya 42 features musical score by ‘Rockstar’ Devi Sri Prasad, who has enthralled the audience with many Super Hits including the recent Pan-Indian Blockbuster ‘Pushpa’. 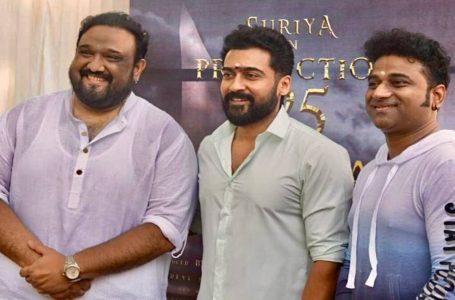