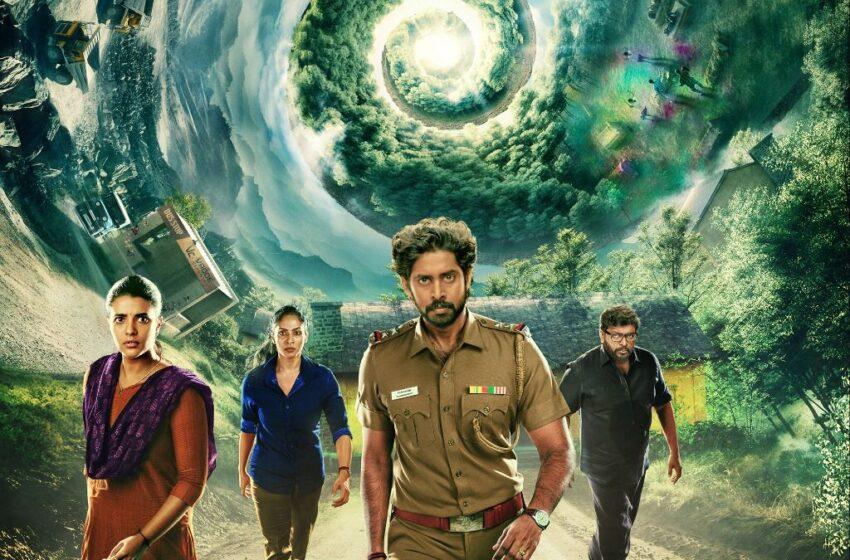 Pushkar-Gayathri’s 8-episode series “Suzhal The Vortex” features Kathir, Aishwarya Rajesh, Parthiban Radhakrishnan, and Shreya Reddy in the lead roles. The series, premiering on Amazon Prime Video, has Bramma directing the first four episodes and the other portions by Anucharan. Mukes has handled cinematography, and Sam CS has composed music. 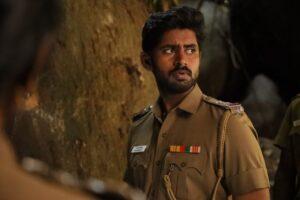 In the misty-capped town of Sambaloor, where the dwellers are used to haze, routine factory union issues, and the yearly Mayaana Kolai festival, they are shocked by a couple of incidents on Day One of the latter occasion. The industrial factory, a major source of livelihood for the people out there, meets with a fire accident. The union leader Shanmughan’s (Parthiban) 15-yr old daughter Nila (Gopika Ramesh) goes missing. The series is about the investigations of these incidents by Inspector Regina Thomas (Shreya Reddy) and another cop Chakravarthy (Kathir).

The 8-episode series written by Pushkar-Gayathri commutes you straight into the lands of Sambaloor, right from the first chapter. The first hour extends nearly to 55 minutes approximately and invests its entire duration to establishing the premise, conflicts, characterizations, and the world of Sambaloor. Precisely, the arrival of Aishwarya Rajesh by the end of Episode 1 triggers the story to the next level. 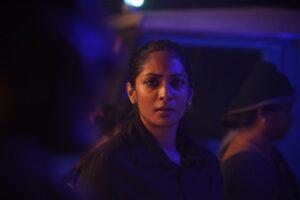 Apart from those twists and turns that are primarily the nitty-gritty elements of a thriller series, the Pushkar-Gayathri duo deserves special appreciation for dealing with every character sharply. Years back, there was an intense Hollywood movie ‘The Lovely Bones, which might have not been under the spotlight to the larger crowds. Watching this movie was more like experiencing the nightmares of innocent souls in person. Similarly, the writers have tried to deliver a showpiece of a similar paradigm, but with a complete commercial element to keep the audiences engaged. The next big thing about the series is the characterization of Chakravarthy, fondly called Sakkara by Regina and others, who always draw conclusions based on pre-written judgments and regrets with confessions. A particular dialogue justifies this completely as he says, “In a small town like this, where I thought I knew everyone, it’s shocking that I actually never knew what’s hidden beneath them.” This is a dialogue that every audience can relate to in their daily walks of life. 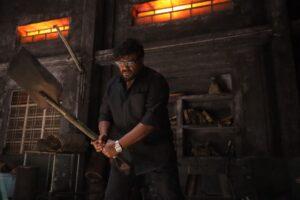 Suzhal always strives to project Writing Vs Technical in all its episodes. Guess what? Both strive and complement each other, thereby delivering a groovy output. Of course, the brilliant cinematography by Mukes and the musical score by Sam CS are mind-blowing. The shot compositions of Mukes look so professional, and it even displays the fact that the team has never done anything in rush.

But then, what’s so visible is the energy and time spent on the script table. There isn’t anything to label as blatant mistakes. The writing encompassing the 9-Day Mayaana Kolai Festival, A fire accident investigation portions, and the murder mystery case: Together keep us engrossed.

When it comes to technical aspects, every single technician has strived to push the bars. The art department in particular has done a remarkable feat of accomplishment by staging the Mayaana Kolai Festival. This occasion becomes the soul of this series, and the makers have distinctly invested their energy, time, and money in nurturing this aspect. The visual works by cinematographer Mukes are extraordinary. The detailing is so intense and perfect. Just check out for a scene, where the fire engine arrives, and we don’t see the waters instantly bulging out of pipes, but instead, every single detail of operating it is perfectly pictured. 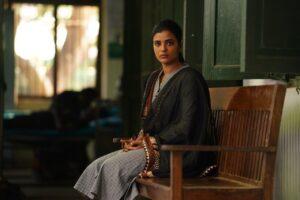 The performers take a cakewalk as their characterizations are prepared and crafted with clarity. It’s wonderful to see Shreya Reddy nailing it down perfectly with her performance. Actor Kathir strikes the gold when he has a substantial character to perform. Yet again, he proves it elegantly with his stellar acting. Radhakrishnan Parthiban doesn’t have more scope to perform, but still, his screen presence adds good value to the drama. Aishwarya Rajesh is at her best.

The other actors in the star cast including Kumaravel, Santhana Bharathi, the school kids, Gopika, and FJ have delivered excellent performances. Harish Uthaman is a silent showstopper. Every character looks as complete as the writers convey their feelings and emotions so perfectly. Say, for instance, the characterization of Nivedhitha Satish might have a minimal prominence, but still, she scores brownie points. Courtesy to the dialogue she renders, “There’s a difference between a person buying a pet from the shop, and the other one, who brings home, a wounded pup on the roadside.” 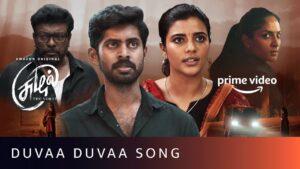 Then we have that constable, who is the only source of lighter notes. He casually passes on dialogues that actually have hard-hitting essence. A casual sarcastic comment, “Yaaro Indha Oorukku Wholesale-a seiveena Vachittaan Pola” leaves you in splits, and the same person delivers a dialogue to Kathir on different people, and different perspectives, which shows his maturity.

By the end of the show, it’s not just about the mystery getting unraveled, but we are instilled with the deepest emotional message about the main attention that grownups need to focus on in their real life. Well, we would like to analyze more on this aspect with a few more references, but it would be a vociferous spoiler.

On the whole, Suzhal The Vortex is a must-watch series, which has lots to offer the audience with its gripping narration, good writing, brilliant visuals, and stellar performances.